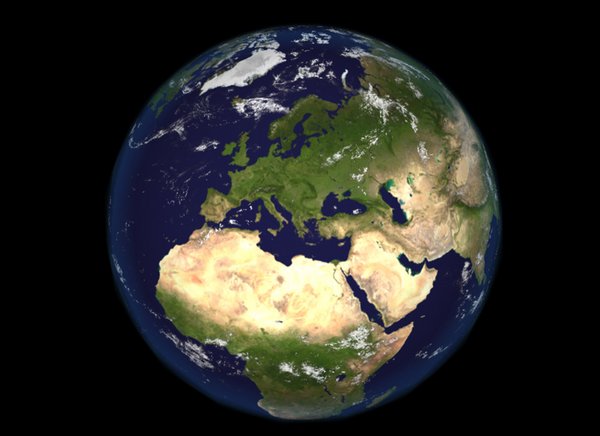 Satellites can help forecasting disasters caused by a drought

Research scientists from the Technische Universität Wien, Austria, have developed an early warning system enabling them to analyse satellite data and measure the humidity of the cropland. Should humidity drop below a given level the crops risk withering away. With information on the humidity levels, emergency programmes can set in immediately.

The situation in Kenya has been deteriorating for months. The soil is dry and food production has dropped. Already in February this year, the Kenyan government announced a national drought emergency. According to the charity Caritas, which is now launching a number of aid programmes, 2.6 million people in the country have too little to eat. Caritas is working with the Vienna technical university “Technische Universität (TU) Wien”, Austria, to get an accurate assessment of the threat, using satellites to measure the moisture content in the soil – a critical factor in forecasting disasters caused by drought.

When the rainy season stays dry

The Marsabit region in northern Kenya is particularly badly affected. The region has a semi-arid climate, which means that it is dry for most of the time, punctuated by rainy periods. “Normally, Kenya has two rainy seasons a year – a major one between March and May and a smaller one from October to November,” says Wolfgang Wagner, Professor at the Institute of Geodesy and Geophysics at TU Wien. “For over a year now, though, there has been less rainfall than the long-term average. According to our satellite data, last year both rainy seasons remained almost entirely dry and this year is not looking good either.”

For aid organisations, it is vitally important to be able to predict the risk of disaster in the different regions as early as possible, but it is often difficult to get hold of the necessary data. Unlike in Europe, the region does not have a network of accurately monitored weather stations, so volumes of rainfall can often only be indirectly estimated using complex computer modelling. Given mediocre data quality, the accuracy of forecasts using such estimates is often poor.

More important than the rainfall volume itself, however, is the level of moisture stored in the soil – this has a direct effect on plant growth and on the chances for survival of people and animals in the region. And this soil moisture content can be measured. Satellites transmit microwaves down to earth. These have the advantage that they can penetrate the cloud layer without difficulty. How strongly the ground reflects these waves and bounces them back to the satellite depends, among other things, on the moisture content of the soil. With the aid of comprehensive microwave databases, supplemented with information about local vegetation, the team at TU Wien can calculate the moisture content of the soil anywhere in the world.

“From a scientific point of view it is not possible to specify one clear reason for the current drought in Kenya,” says Wolfgang Wagner. Climate change can certainly have an effect on soil moisture content and average temperatures have risen by about one degree in Kenya in recent decades, which has aggravated the extent of the aridity; but it would be too simplistic to attribute the sole source of the drought to climate change or to the El Niño and La Niña phenomena. “In a semi-arid climate such as this,” believes Wolfgang Wagner, “there will always be a wide variation in the volume of rainfall from year to year“.
Disastrous droughts in the region cannot be attributed to an individual cause but rather result from an interplay of various factors. “This makes it all the more important to have reliable data available on the moisture content of the soil,” Professor Wagner stresses, “so that we can better understand the reasons for such disasters.”