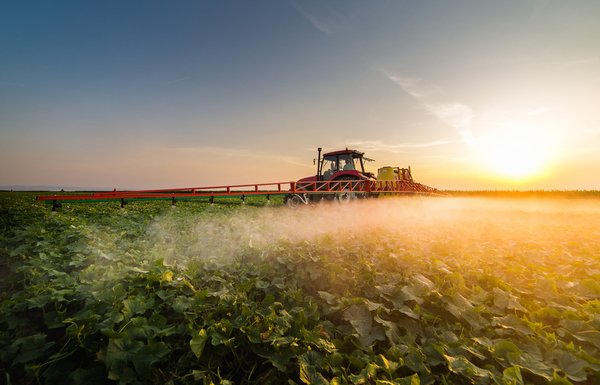 The use of pesticides is encouraging the spread of resistances, researchers warn.
Photo: shutterstock

More and more harmful insects and pathogens are creating problems for useful plants because they cannot be tackled with insecticides and herbicides. Therefore, alternatives to conventional plant protection are needed.

Resistant pests are creating problems in medicine and in agriculture. In both areas, developments can no longer be coped with using conventional methods, say an international group of researchers who have analysed the global resistance burden.

Understanding susceptibility to plant protection agents as an ecosystem service

“The effectiveness of plant protection agents depends fully on the susceptible organisms dominating the resistant ones,” explains Peter Jørgensen of the University of Stockholm, Sweden, and co-author of the study. A bio-diverse environment supressing massive outbreaks of pathogens could be regarded as an ecosystem service. The analogous situation in which susceptible pathogens dominated resistant pathogens and prevented them from spreading had to be interpreted in the same manner.

Dividing species and their impact into “useful” and “harmful” is an undue simplification, the scientists say. In agriculture in particular, one insect species or microorganism may have an overall benefit for certain types of cultivation and be detrimental to others, they point out.

Wherever a plant protection agent is applied, resistant organisms can completely crowd out the vulnerable ones. Even if it was then theoretically possible to exterminate certain pathogens or insect pests on a global scale, this could entail considerable health and environmental costs, the researchers warn.

However, the alarm sounded by the resistance project appears to have come too late. Horizontal gene transfer and global transport networks have resulted in a massive spread of resistant organisms. The results of the study are straightforward. Even if the general situation regarding resistance to herbicides and insecticides has not yet been fully clarified owing to insufficient data, the extent of resistance spread lies outside the harmless zone, both regionally and globally.

The scientists explain that another cause of the present situation is that plant protection agents lead to a disastrous spiral. While they reduce the short-term need for further plant protection agents since they strongly decimate the harmful organisms, the latters’ resistant representatives can spread all the more easily, the experts warn. And they add that ultimately, biodiversity is reduced as well, which also leaves more space for the resistant organisms to spread in the long term.

The result was even worse for fields with herbicide-resistant plants and Bt plants. One would have expected the opposite, given that the agent Bt has a very specific effect and thus supports maintaining a balance in biodiversity.

The scientists explain that the pollination services and hence also yield are less restricted the more insect species survive, with problems here above all being caused by neonicotinoids. But, they argue, since one and the same plant protection agent may have been used in monocultures year after year, the regional measure of resistances that can still be managed has been clearly exceeded. And they say that this also applies to employing the herbicide glyphosate and the corresponding resistances among wild plants.

“We are reaching a new phase in which the degree of multiple and total resistances is calling into question the sustainability of our present practice,” the researchers conclude. “These risks are particularly conspicuous in resistance to pesticides in transgenic cultivation systems.” The new analysis demonstrated the need to manage susceptibility to pesticides as an ecosystem service. Otherwise, in the long run, plant protection agents would be lost as an option to combat pests, and the threat of an agricultural crisis would arise.

For the future, the researchers recommend supporting an optimally heterogeneous environment, for example by providing refuges free of plant protection agents and by employing different types of plant protection agents. It would be even better to use very different disease and pest control methods. In practice, these methods had so far rarely been successful since they required a high level of co-ordination. They can therefore only slow down the spread of resistances, but cannot prevent them, the project members believe.