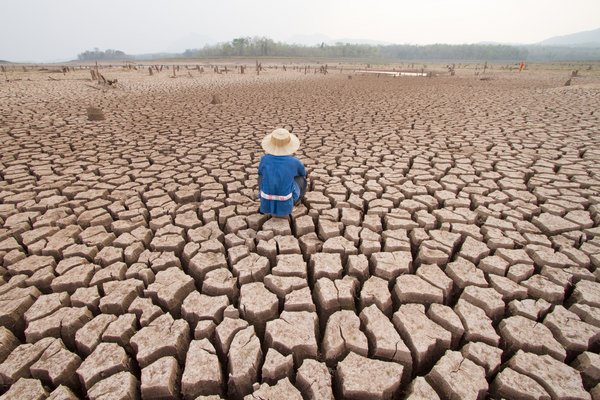 Scientists call for “curative risk management” supported by industrialised countries to the benefit of poorer countries in the South.
Photo: © Fotolia

In a recent publication, scientists at Austria’s Graz University have proposed two bundles of measures on how current and future threats from climate change can be tackled without letting the major CO2 emitters off the hook.

Negative effects of global warming can no longer be prevented, even with ambitious measures. The Paris Agreement accordingly includes consideration of how to deal with risks which are already obvious and unavoidable. However, how to measure these and what scope there is for policy are very vaguely defined and there are wide differences in their interpretation. Dr Thomas Schinko and Dr Reinhard Mechler of Austria’s Graz University have formulated concrete proposals for reaching a political consensus. These appeared in the 21 October issue of Science under the title ‘Identifying the policy space for climate loss and damage’.

During the Paris Agreement negotiations, southern hemisphere nations particularly affected by climate change called above all for compensation for loss and damage already suffered. By contrast, the industrialised nations emphasised the need to improve risk management to avoid future loss.

Thomas Schinko of the Wegener Centre at Graz University and his colleague Reinhard Mechler are now presenting in their article two bundles of measures for tackling current and future threats together, without letting the major CO2 emitters off the hook. The scientists are calling for 'curative risk management’ – steps to be taken now in order to avoid negative effects of e.g. the foreseeable rise in sea level.

In addition, farmers and inhabitants of endangered regions should already be receiving support in the form of ‘transformative risk management’ to enable them to set up  new liveliihoods – for example through voluntary relocation or jobs in renewable energies. The two scientists also emphasised the relevance of insurance funded by the industrialised nations which provides both compensation for climate loss and damage in poorer countries and finance for adaptation measures.

The study is based on risk research and sociological, ethical and legal studies. Mechler and Schinko formulate concrete proposals for solutions for political decision-makers which were also addressed at the Morocco meeting of the United Nations Framework Convention on Climate Change in November. They are in personal contact with those responsible for the Paris Agreement and have also created a practice-oriented ‘Loss and Damage Network’ involving numerous international experts.