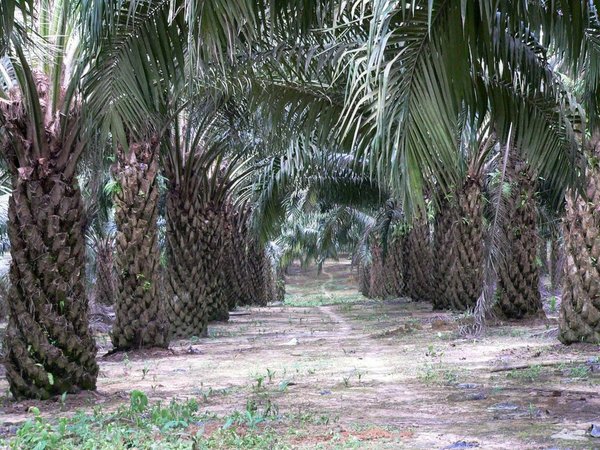 Large areas of tropical lowland forests have been replaced by oil palm plantations, with major impact on environment and people. An interdisciplinary team of scientists from the University of Göttingen, the Helmholtz Centre for Environmental Research (UFZ) in Leipzig – both in Germany - and Bogor Agricultural University in Indonesia has now performed a complete and multidisciplinary assessment of all ecosystem functions in oil palm plantations as compared to lowland forests. They found that in oil palm plantations, eleven out of 14 ecosystem functions showed a net decrease, some with an irreversible global impact. The results also reveal mitigation options that can reduce damage and benefit multiple ecosystem functions simultaneously. The study was published in Biological Reviews.

So far, research on the environmental impact of oil palm cultivation has been scattered and patchy. Synthesizing about 1000 scientific studies and reports, the scientists were now able to give a balanced report on the changes in all 14 ecosystem functions, including gas and climate regulation, water regulation and supply, moderation of extreme events, provision of food and raw materials, as well as medicinal resources. While the provision of food and raw materials increased due to the production of marketable goods – mostly palm oil –, all other functions showed a net decrease in oil palm plantations as compared to lowland forests. For two functions, pollination and biological control, current knowledge was inconclusive.

“While the general result was anticipated, our review revealed a breadth of environmental and societal detrimental impact, from local to global scales,” says Kerstin Wiegand, Professor at the Department of Ecosystem Modelling at Göttingen University. “The review provides a powerful tool for decision support and policy-making on the basis of a balanced and detailed view of all functions.”

One outcome of the study is that the largest negative effects occur at the stage of forest clearing, indicating that oil palm plantations should only be established on already-converted landscapes. The loss of ecosystem functions can be mitigated to some degree, sometimes by simple means such as the use of cover crops, mulch and compost. The scientists warn, that forest conversions should be avoided by all means when it comes to peatland, which is especially prevalent in oil palm-growing regions. When peatlands are drained to establish plantations, large amounts of carbon dioxide are released – with dramatic, long-lasting and almost irreversible effects.

The study also reveals numerous research gaps, in particular with respect to socio-cultural information functions. In almost all societies, forest has an important cultural significance and fulfills certain medicinal, spiritual or ritual functions. “If and which of these functions are fulfilled by oil palms has not been researched enough yet,” says Wiegand. “There is a need for empirical data from different regions and from plantations of different ages. And more research is needed on developing effective management practices that can off-set the losses of ecosystem functions.”

The study was part of the collaborative research centre Ecological and Socioeconomic Functions of Tropical Lowland Rainforest Transformation Systems (EFForTS), which brings together more than 200 scientists from natural sciences, economics and social sciences.