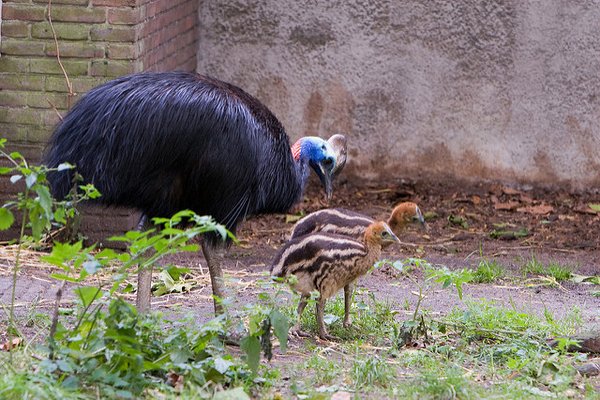 The southern cassowary is a domestic bird of the Australian tropics.
Photo: © Arjan Haverkamp/flickr.com

Rare animal species are vital to maintaining tropical ecosystems and could cause a chain reaction of disastrous biodiversity loss if they go extinct, a recent study warns.

Animals that are considered rare — because they occupy a niche environment or there are few of them — are more likely than common animals to perform specialised and often irreplaceable roles in their environments, a study found. The authors of the study say, that this is especially true for highly biodiverse environments, such as the tropics.  “Losing rare species today may mean losing much more complex processes in the long term,” says lead author Rafael Leitão, a biologist at the National Institute of Amazonian Research in Manaus, Brazil.

The study, published in the Proceedings of the Royal Society B, notes that rare animals perform essential “ecosystem services” such as dispersing seeds, filtering water and controlling other animal populations and invasive species. “There is no way to know exactly how an ecosystem will change with the loss of those rare species, but chain effects are common, meaning that the loss of some functions can lead to other losses, making the whole environment crumble,” says Leitão.

The researchers analysed three groups of species from tropical ecosystems: stream fishes in the Brazilian Amazon, rainforest trees in French Guiana and birds in the Australian Wet Tropics region. They simulated the consequences of species loss in different scenarios, and concluded that the local extinction of rare species would have disproportionately large effects on their habitats.

“The southern cassowary in the Australian Wet Tropics, for example, is very rare,” explains Leitão. “It is the only remaining bird that can disperse large seeds in the Australian forests. Losing this bird will mean certain trees won’t be able to spread their seeds, which will affect the species diversity of the forest.”

Furthermore, the researchers found that losing a rare species in one place can have knock-on effects on larger animal populations, leading to the destruction of important ecosystem services regionally. They underline that on-going conservation efforts should address the needs of rare species separately from more common ones in order to better preserve fragile environments.

References: Rafael P. Leitão and others Rare species contribute disproportionately to the functional structure of species assemblages (Proceedings of the Royal Society B, 6 April 2016)