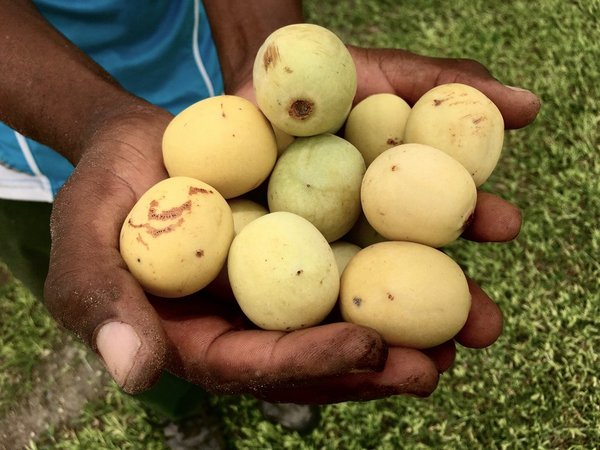 Promoting the sustainable use of wild species

50,000 wild species meet the needs of billions of people worldwide, and for millions they are an important source of income. 70 per cent of the world’s poor are directly dependent on wild species. However, many species are threatened by extinction, often due to unsustainable use.

Billions of people in developed and developing nations benefit daily from the use of wild species for food, energy, materials, medicine, recreation, inspiration and many other vital contributions to human well-being. In its latest assessment report, the Intergovernmental Science-Policy Platform on Biodiversity and Ecosystem Services (IPBES) warns that the accelerating global biodiversity crisis, with a million species of plants and animals facing extinction, puts these contributions in jeopardy.

The IPBES Assessment Report on the Sustainable Use of Wild Species is the result of four years of work by 85 leading experts from the natural and social sciences, holders of indigenous and local knowledge and 200 contributing authors, drawing on more than 6,200 sources. The summary of the report was approved in July 2022 by representatives of the 139 IPBES member states in Bonn, Germany.

“This assessment was specifically requested by, among others, the Convention on International Trade in Endangered Species of Wild Fauna and Flora (CITES) and will inform decisions about the trade in wild species at the 19th World Wildlife Conference in Panama in November,” commented Dr. Anne Larigauderie, Executive Secretary of IPBES. “It also has immediate relevance to the work of the Convention on Biological Diversity in forging a new global biodiversity framework for the next decade.”

Unsustainable use threatens the survival of wild species

70 per cent of the world’s poor are directly dependent on wild species. One in five people rely on wild plants, algae and fungi for their food and income; 2.4 billion are dependent on fuel wood for cooking, and about 90 per cent of the 120 million people working in capture fisheries support themselves through small-scale fishing.

The survival of an estimated 12 per cent of wild tree species is threatened by unsustainable logging. Unsustainable gathering is one of the main threats for several plant groups, notably cacti, cycads and orchids, and unsustainable hunting has been identified as a threat for 1,341 wild mammal species – with declines in large-bodied species that have low natural rates of increase also linked to hunting pressure.

Bringing scientists and indigenous peoples together to learn from each other

Indigenous peoples manage fishing, gathering, terrestrial animal harvesting and other uses of wild species on more than 38 million km2 of land – equivalent to about 40 per cent of terrestrial conserved areas – in 87 countries. Policies that support secure tenure rights, equitable access to land, fisheries and forests as well as poverty alleviation create enabling conditions for the sustainable use of wild species, according to the assessment.

Globally, deforestation is generally lower on indigenous territories, in particular where there is security of land tenure and continuity of knowledge and languages, and where there are opportunities for alternative livelihoods. Bringing scientists and indigenous peoples together to learn from each other will strengthen the sustainable use of wild species, the authors conclude. This is especially important because most national frameworks and international agreements largely continue to emphasise ecological and some social considerations, including economic and governance issues – while cultural contexts receive little attention.

Challenges to sustainable use in the future

Climate change, increasing demand and technological advances – making many extractive practices more efficient – are likely to pose significant challenges to sustainable use in the future, according to the assessment.

In most future scenarios that feature the sustainable use of wild species, the authors find that the required transformative changes have certain characteristics in common. These include the integration of plural value systems; the equitable distribution of costs and benefits; changes in social values, cultural norms and preferences; and effective institutions and governance systems. Ambitious goals are necessary but not sufficient to drive transformative change. The assessment report also notes that the world is in a dynamic state and that the sustainable use of wild species requires constant negotiation and adaptive management. It also requires a common vision of sustainable use and a transformative change in human-nature relationships.

Seven key elements that could be used as levers of change to promote the sustainable use of wild species if they are scaled-up across practices, regions and sectors: