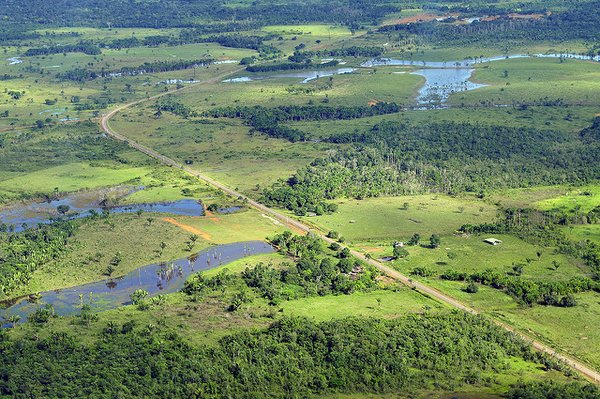 Most countries lose out with forest-to-farm conversions

Converting forests to agriculture is not economically viable in most regions, except in Brazil’s Atlantic Forest, areas around the Gulf of Guinea and Thailand, a new study says.

A team of researchers from the National University of Singapore (NUS) has recently completed a global study on the trade-offs between the benefits provided by tropical forests and its conversion for agricultural use. The team examined deforestation activities of more than 50 countries in the tropics between 2000 to 2012, and identified regions where deforestation is most and least beneficial.

The NUS team, led by Assistant Professor Roman Carrasco from the Department of Biological Sciences at the NUS Faculty of Science, identified the Atlantic Forest in Brazil, areas around the Gulf of Guinea and Thailand as regions where benefits from agricultural conversion are higher than environmental costs. This suggests that it could be difficult to implement and incentivise biodiversity conservation strategies that are based on payments to farmers in these regions.

The research team hope that the study could also contribute towards enhancing the efficiency and sustainability of land-use policies in these regions. Their findings were published in the scientific journal, PLOS Biology, in July 2017.

Understanding trade-offs between forest and agriculture

The global demand for agricultural and forestry products has often resulted in tropical forests being destroyed to clear land for such purposes. However, much of this deforestation occurs with a lack of information on the spatial distribution of benefits and costs of deforestation – where does deforestation lead to the greatest losses to the environment and the greatest benefits from agricultural earnings. In addition, there is limited information on how the economic benefits and costs of deforestation vary on a global scale, as existing studies have been largely restricted to the local and national level.

Explaining the significance of the study, Carrasco said: “Knowing which forested land, once converted to agriculture, presents the largest agricultural benefits and the lowest environmental costs is important as it allows us to be more efficient at meeting global agricultural demand without unnecessarily damaging tropical forests and biodiversity. A better understanding of the distribution of benefits and costs will also help in better selection of areas to focus conservation efforts.

”The team conducted an analysis of deforestation and crop distribution data, and studied the trade-offs between agricultural benefits, carbon emissions and losses of multiple ecosystem services. Ecosystem services are the benefits obtained by people from ecosystems such as forests, including carbon sequestration, flood protection and water purification.

The findings showed that while gains by agriculture are USD 32 to 53 billion per year, the environmental damage caused by tropical deforestation during this period amounts to future annual losses of USD 107 to 135 billion per year. Despite the study showing large differences between the costs and benefits globally, the team found that as a whole, tropical deforestation generates large economic losses.

“Having created this global map of trade-offs between agriculture and the benefits provided by tropical forests, we will be looking into integrating these maps with market models to understand how changes in land use could lead to changes in prices and affect consumers, as well as other indirect impacts on deforestation,” Carrasco added.