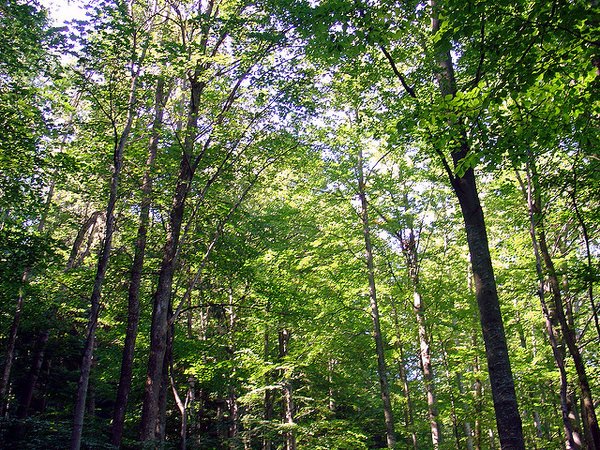 While it is acknowledged that forest biodiversity contributes to climate change mitigation through improved carbon sequestration, conversely, how climate affects relations between tree species diversity and forest productivity is still poorly understood. An international study shows that mixed forests are 15 per cent more productive than monocultures.

Mixed forests are more productive than monocultures. This is true on all five continents, and particularly in regions with high precipitation. These findings from an international overview study, in which the Technical University of Munich (TUM), Germany participated, are highly relevant for forest science and forest management on a global scale.

"We know of the many advantages of mixed forests," states Hans Pretzsch, co-author of the study. "Mixed-species forests are ecologically more valuable as versatile habitats. They mitigate climate change, as they represent a higher carbon sink."

Trees in mixed-species forests are often better supplied with light, water, and soil nutrients via their complementary crown and root systems. "This makes mixed stands more resilient during dry years. In addition, they are more stable against pests and visually more appealing," adds Pretzsch.

But these arguments alone have not yet managed to convince forestry management to promote mixed-species stands. This meta-analysis and overview study now shows that a prudent selection of the combination of tree species leads not only to more ecological and resilient forests, but also to greater productivity, explains Pretzsch. The study documents that mixed stands perform better in terms of productivity than monocultures, particularly in areas with favourable water supplies, such as in Central Europe.

In co-operation with other forest scientists from France, Georgia, Switzerland, and Scotland, the TUM experts reviewed 600 studies which analysed the influence of mixed forests on productivity. The yardstick used was the increase in volume of trunk wood, which was calculated via repeated measurements of the tree diameter, height and trunk shape.

From these studies, they filtered out 126 case studies in 60 areas on five continents which were published between 1997 and 2016. All these studies are based on long-term experiments for which regular measurements have been taken for decades.

"Based on these findings, the interactions between the individual tree species will be studied in more detail at the TUM," states Pretzsch. The prerequisites for this are long-term experimental areas, which, in the German Federal State of Bavaria, however, have primarily encompassed monocultures in the past.

The forestry experiments in Bavaria are the oldest in the world, and provide a unique empirical data basis. Most of the experimental plots have been continuously measured till present, explains Pretzsch, who is head of the network of long-term experiments in Bavaria. The network of plots currently consists of over 1,000 individual areas, 80 per cent of which are monocultures. In the coming five years, they will be expanded, with more than a hundred hectares of mixed stand experiments.

Funded by the Bavarian State, this mammoth project will provide important facts on the functioning and management of mixed stands in the future. Pretzsch is convinced of one thing: "In light of climate change and the increasing ecological, economic, and social requirements that forests need to fulfil, mixed stands will gain importance throughout the world."