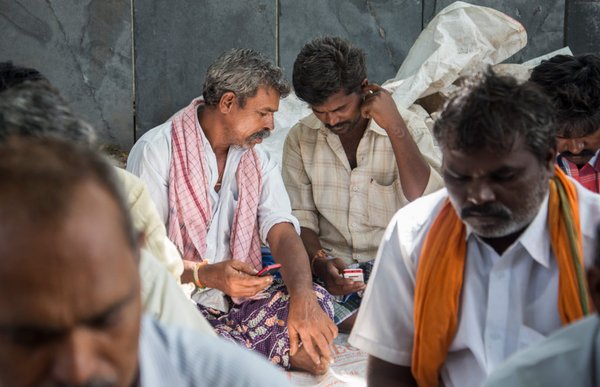 Following the launch of the pilot in June 2016, which tested a new Sowing Application for farmers combined with a “Personalised Village Advisory Dashboard” for the Indian state of Andhra Pradesh, the results show a 30 per cent higher average in yield per hectare. The Sowing App was developed to help farmers achieve optimal harvests by advising on the best time to sow depending on weather conditions, soil and other indicators. The pilot was implemented in Devanakonda Mandal in Kurnool district, and the Advisory was applied only to the groundnut crop.

This scheme was facilitated through a partnership between the International Crops Research Institute for the Semi-Arid Tropics (ICRISAT), Microsoft and the Andhra Pradesh government. The pioneering digital tools were released as part of the Andhra Pradesh Primary Sector Mission (APPSM), also known as Rythu Kosam.

ICRISAT adopted Microsoft Cortana Intelligence Suite, including Machine Learning (ability of computers to learn without being specifically programmed) and Power BI or Business Intelligence, to empower farmers and government officials with technology, and to promote digital farming practices in the state. The “Personalized Village Advisory Dashboard” has been specially developed to enable officials of APPSM to better manage programmes of scale. Using powerful BI tools, this dashboard provides important insights around soil health, fertiliser recommendations, and seven-day weather forecasts derived from the world’s best available weather observation systems and global forecast models. This data is then downscaled for the highest possible accuracy at the village level to transform how smallholder farmers tackle climate change in order to drive effective decision-making for their crops.

The pilot project from a farmer’s viewpoint

Commenting on the outcome of the pilot project, Anil Bhansali, Managing Director, Microsoft India (R&D) said that this result was proof of the efficiencies that cloud technology can bring and thereby help farmers economically by improving agricultural productivity.

ICRISAT is providing technical backend support to Rythu Kosam, which is aimed at positioning Andhra Pradesh among the best three performing states by 2022. This technical input involves the establishment of pilot sites of learning in 13 districts of 10,000 hectares each; upgrading soil analysis laboratories; technical support for planning; as well as adopting an Inclusive Market-Oriented Development (IMOD) strategy to benefit smallholder farmers through public-private partnerships; and promoting private investments in the state.

Microsoft is deeply invested in India’s growth, and believes that cloud technology can truly support the Government in realising its vision for a Digital India. also to boost the agriculture sector in India.