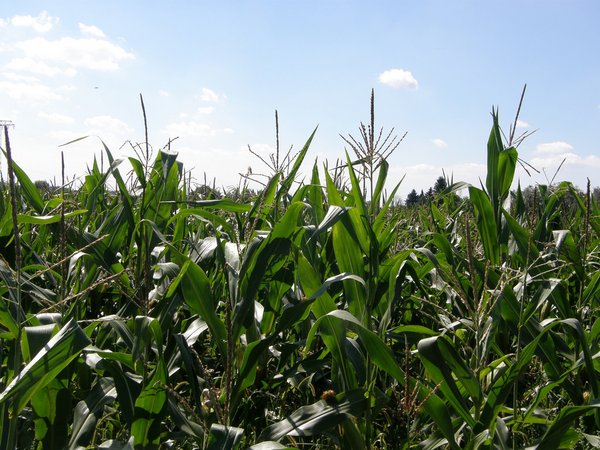 In a pilot project, CIMMYT has adopted drones to collect data in the field for a maize-breeding programme.
Photo: Manu/flickr.com

Using drone technology could cut labour and costs spent in collecting data for maize breeding by at least ten per cent, preliminary findings of a project in Southern Africa show.

With increased demand for better seeds to adapt to changing climate, breeders have turned to unmanned aerial vehicles (UAVs), also known as drones, for precise gathering of data from the field to enable more efficient maize breeding in most of Southern Africa.

The International Maize and Wheat Improvement Center (CIMMYT) in Southern Africa has adopted UAVs to collect data as a critical part of successful breeding programmes.

Mainassara Abdou Zaman-Allah, maize physiologist at the CIMMYT in Southern Africa regional office in Zimbabwe, says using UAVs has facilitated instant data gathering, adding that with the UAVs it is possible to collect data from 1,000 plots in ten minutes or less, while it may take eight hours to do so manually.

“In the preliminary analysis that we made, we realised that with the UAV technology, we would spend ten per cent or less on labour and costs respectively,” said Zaman-Allah.

Zaman-Allah told SciDev.Net in an interview on 8 February that preliminary analysis shows that greater savings could result if sensors with higher resolution are used.

“First tested in 2013, UAVs are now used in maize breeding by CIMMYT in Eastern and Southern Africa, Latin America and Asia,” Zaman-Allah adds.

Eric Yirenkyi Danquah, a plant geneticist and the director of the West Africa Centre for Crop Improvement at the University of Ghana, said in an interview with SciDev.Net that many African countries did not have trained plant breeders to conduct effective crop breeding, which makes it urgent for Africa to build human capacity to develop improved varieties of the staple crops so as to boost productivity in farmers’ fields.

Danquah also warned that technology would not replace humans in data collection, and thus it is urgent that Africa trains more plant breeders and field technicians.

An increase in commercial farming as markets develop would attract multinational agricultural businesses to Africa that would rely on large crop breeding programmes, which Africa currently does not have, Danquah added. “This will call for technology and UAVs will certainly have a role to play in the future,” said Danquah to SciDev Net. “The use of drones to collect data may be an efficient way if you look at large acreages. So, as field sizes increase, more efficient and effective ways of data collection will be needed.”