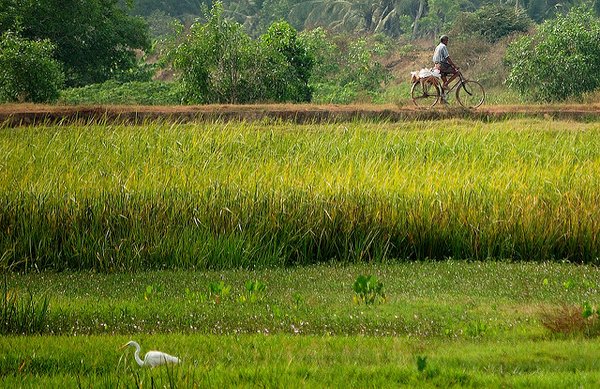 Is warming behind India’s depleting groundwater?

Excessive groundwater extraction for agriculture is widely blamed for India’s declining water table. However, a new study says that changes in rainfall patterns may be more responsible for groundwater depletion and suggests that India should adopt technologies for efficient groundwater use and improve recharge during the monsoons.

While India’s diminishing groundwater is widely attributed to over extraction, especially in the northern agricultural belts of Punjab and Haryana, the study holds decline in rainfall caused by the rise in the temperatures in the Indian Ocean — a major factor in monsoonal rainfall patterns over the Indo-Gangetic Plain —  to be a more important cause.

“This study adds another dimension to the existing water management framework. We need to consider not just the withdrawals but also the deposits in the system,” says Yoshihide Wada, co-author of the study and deputy director, Water Programme, International Institute for Applied Systems Analysis, Austria.

Importantly, the study finds links between the rise in sea surface temperatures of the Indian Ocean and the declining monsoonal rainfall which the study’s lead author Vimal Mishra says may be linked to climate change, though this is yet to be scientifically proven. Author Mishra, who is an assistant professor at the Indian Institute of Technology, Gandhinagar/Gujarat, adds that the rise in sea surface temperature in the Indian Ocean affects the rainfall in the Indo-Gangetic Plain. The long-term decline in rainfall in the area Plain is related to temperature in the Indian Ocean. This indirectly suggests that the declining trends may continue in the future because of this warming — which can affect water availability in the region.

India should avoid growing water-intensive crops in water-stressed regions such as Punjab, Mishra says in an interview with SciDev and suggests the development of policies and technology to improve groundwater recharge during the monsoon season and also improvement of irrigation efficiency through adoption of scientific methods such as the use of sprinkler and drip systems.