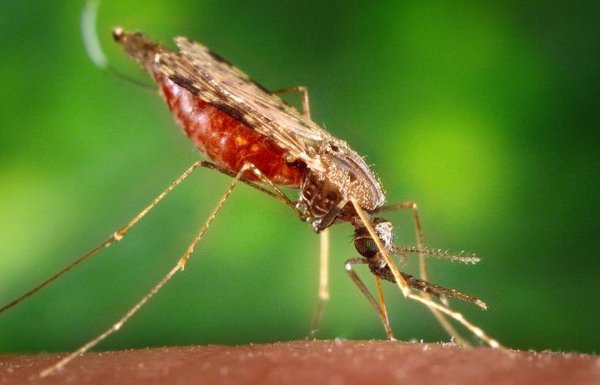 Pyrethroid insecticides used to kill both farm pests and malaria-carrying mosquitoes. However, in recent years, a dramatic increase in resistance of malaria vectors in most African countries has been observed. Scientists are asking for urgent action to maintain malaria control.

Malaria control relies on insecticides to control the mosquito vector. As efforts to check the disease have intensified, selection pressure on mosquitoes to develop resistance to these insecticides has grown. The distribution and strength of this resistance has increased dramatically in recent years and now threatens the success of control programmes.

A recent study by scientists from the Department of Vector Biology of the Liverpool School of Tropical Medicine in Liverpool/United Kingdom provides an update on the current status of resistance to the major insecticide classes in African malaria vectors, considers the evidence that this resistance is already compromising malaria control efforts, and looks to the future to highlight some of the new insecticide-based tools under development and the challenges in ensuring that they are most effectively deployed to manage resistance.

The paper, which aggregated data on the issue from other studies, found a clear link between the use of pyrethroids as an agricultural pesticide in Africa and the resistance of Anopheles mosquitoes to this insecticide. Resistance to pyrethroids was once confined to southern Africa, but had spread to Benin, Cameroon, Kenya and Uganda by 2014, the paper says.

Pyrethroids are among the most common insecticides used for indoor spraying and bed net treatments against malaria mosquitoes, the authors say. The chemicals are valuable because they are considered safe for humans.

But the authors found low “kill rates” being reported from trials with pyrethroid-soaked bed nets in areas affected by pyrethroid resistance. Report co-author Hilary Ranson of the Liverpool School of Tropical Medicine says new types of insecticides must be developed to counteract the growing resistance of mosquitoes. “It is critical that we do not rely on one single active ingredient,” she maintains.

Pyrethroids are a crucial focus of the World Health Organization’s global plan to tackle insecticide resistance in malaria vectors. The chemicals are commonly used in agriculture, particularly in farming cotton, which is among the most pesticide-intensive cash crops grown across Africa.
The paper, which was published in the March issue of Trends in Parasitology, recommends more research into alternative insecticides that rely on substances against which mosquitoes do not yet have resistance.