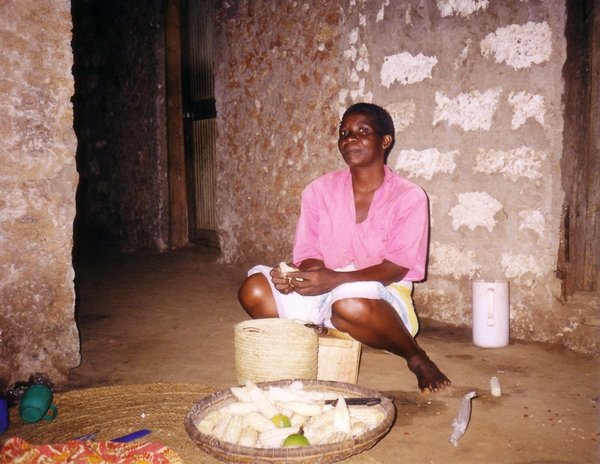 Income from cash crops and products improves the quality and diversity of rural diets.

Undernutrition and micronutrient malnutrition remain problems of significant magnitude in large parts of the developing world. Improved nutrition requires not only better access to food for poor population segments, but also higher dietary quality and diversity. Because many poor and undernourished people are smallholder farmers, diversifying production on these smallholder farms is widely perceived as a useful approach to improve dietary diversity. However, empirical evidence on the link between production diversity and consumption diversity is scarce.
Agro economists from Göttingen University in Germany have studied this link and found that this assumption is not always true. The study findings were published in the Proceedings of the National Academy of Sciences USA (PNAS) in mid-August.

Dietary diversity is of prime importance in supplying vitamins and trace elements. The number of food groups regularly consumed is, therefore, often used to indicate the nutrition situation of a household. The scientists working with Prof. Dr. Matin Qaim of Göttingen University’s Department of Agroeconomics and Rural Development analysed data from over 8.000 small-scale farmer households from Indonesia, Kenya, Ethiopia and Malawi in order to investigate the relationship between diversified production and dietary diversity.

Excessively diversified production leads to loss of income because farmers cannot use the economic advantages of specialisation“, explains Prof. Qaim. „As small farming families also buy-in food during certain seasons, less income also means there is less money available to buy higher-quality food such as fruit, vegetables and animal products.“
Overall, diversified production has a relatively small impact in dietary diversity and is statistically insignificant in many situations. Particularly in Africa, small farmers in remote areas often cultivate more than ten different crop species. „Our research shows that market access and the sale of agricultural produce as a source of income have far higher positive effects on nutrition than expanding production diversity even more. To improve nutrition, it is necessary to make small farmers fit for the market“, says Kibrom Tadesse Sibhatu, the first author of the study. This means in particular improving the infrastructure of rural areas and providing access to modern production technologies.