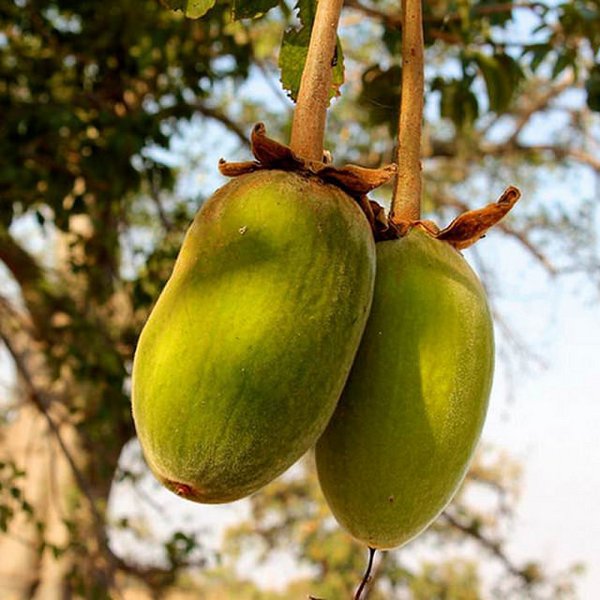 Baobab is one of the species which will benefit from the African Orphan Crops Consortium programme.
Photo: © World Agroforestry Centre

Improved planting materials from orphaned crops will soon be released to smallholder farmers throughout Africa by the Nairobi-based World Agroforestry Centre (ICRAF).

Orphan (or minor) crops are those crops which are typically not traded internationally but which can play an important role in regional food security. For various reasons, many of these crops have received little attention from crop breeders or other research institutions wishing to improve their productivity.

Now, the World Agroforestry Centre - ICRAF – in and the African Plant Breeding Academy announced, that they soon will release  improved varieties of indigenous African species - Baobab, groundnuts, white sapota, custard apple, marula, African eggplant, drum stick, lablab beans, finger millet and the common bean.  Orphan crops are those that have been neglected by researchers and the industry in general because they are not economically important on the global market. This is despite their value to local communities, such as in providing nutrition and preventing hunger.

Now, through the African Plant Breeding Academy (an initiative of the African Orphan Crops Consortium), plant breeders are working on improving 100 orphan crops that can improve nutrition and contribute to food security. The improved varieties are more resilient to adverse conditions including those brought about by climate change; are more resistant to pests; more nutritious; and produce higher yields, note ICRAF scientists. They have been under development since 2011 using advanced genomic technologies.

Ramni Jamnadass, head of research into Tree Diversity, Domestication and Delivery with the World Agroforestry Centre, says that ten crops are in the final stages of analysis before being released into the market. ”Their genomes have been sequenced, assembled and annotated to produce a better variety for planting,” said Ramni.
Hidden hunger (or a lack of essential vitamins and minerals) is a major issue in Africa and leads to a weaker immune system, stunts physical and intellectual growth, and could lead to death. It locks countries into cycles of poor nutrition, lost productivity, poverty and reduced economic growth, note the scientists at ICRAF.