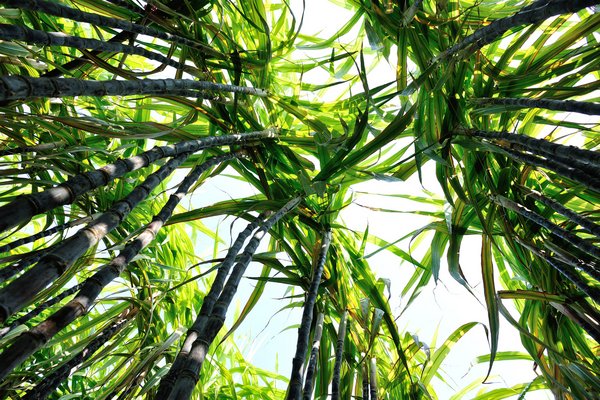 When temperatures rise, plants grow taller in order to cool themselves off, the study says.
Photo: © canstock

Global warming affects more than just plant biodiversity - it even alters the way plants grow. German scientists studied the mechanisms that control plant growth at high temperatures. In the future this could help breed plants that are adapted to global warming.

A team of researchers at Martin Luther University Halle-Wittenberg (MLU) in Halle/Germany joined forces with the German Leibniz Institute for Plant Biochemistry (IPB) to discover which molecular processes are involved in plant growth in relation to increasing temperatures.

The study shows that plants react much more sensitively to fluctuations in temperature than animals. They are also unable to seek out warmer or cooler locations.

"When temperatures rise, plants grow taller in order to cool themselves off. Their stalks become taller and their leaves become narrower and grow farther apart. Yet this makes the plant more instable overall," explains Professor Marcel Quint, an agricultural scientist at MLU. This is noticeable, for example, during grain harvesting. Instable plants bend faster in the rain and generally produce less biomass. There is also a reduction in the proportion of key substances, like proteins, that can be stored in the grain kernel.

Open questions: The role of the protein PIF4

While the correlation between temperature and plant growth at the macro-level is relatively well understood, there are still many open questions at the molecular level. “We are just starting to understand how plants detect the changes in temperature and translate this into specific reactions," Quint says. Earlier studies have shown that the protein PIF4 directly controls plant growth and that this protein is also dependent on temperature. When it is cold, PIF4 is less active - in other words the plant doesn’t grow. At higher temperatures, PIF4 activates growth-promoting genes and the plant grows taller.

"Up until now it had been unclear how the plant knows when to activate PIF4 and how much should be released. There were large gaps in our knowledge about the exact signalling pathway of temperature-controlled growth," says Quint.

And that is precisely what the research group in Halle has now discovered. They investigated the growth behaviour of seedlings of the model plant thale cress (Arabidopsis thaliana). Normally its seedlings form short stems at 20 degrees Celsius. These stems become considerably longer at 28 degrees. In the lab, the scientists identified plants with a gene defect which still only formed short stems at 28 degrees.

Ina second step the scientists searched for possible reasons for this lack in growth. They discovered a hormone that activates the PIF4 gene at high temperatures, thus producing the protein. This reaction did not occur in the mutated plants. "We have now discovered the role of this special hormone in the signalling pathway and have found a mechanism through which the growth process is positively regulated at higher temperatures," Quint explains.

The study is the culmination of a research project that was funded by the Deutsche Forschungsgemeinschaft (DFG, German Research Foundation) .

The findings of the research group from Halle may help to breed plants in the future that remain stable even at high temperatures and are able to produce sufficient yields. To achieve this, the findings from the basic research on model plants first have to be transferred to cultivated plants like cereals.
The study is being published in the current edition of the international journal "Current Biology",