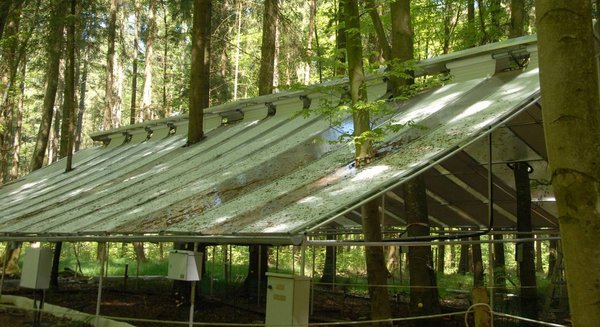 Higher productivity through biodiversity in forestry

The relationship between biodiversity and ecosystem productivity has been explored in detail in herbaceous vegetation, but patterns in forests are far less well understood. An international team of scientists have amassed a global forest data set from more than 770,000 sample plots in 44 countries. The samples included in the study comprised 8,700 species of trees from mangroves to trees in tropical rainforests, Central Europe, tundras, and dry savannahs to populations in Mediterranean forests.

The highest levels of biodiversity in the world are found in forests, but deforestation, forest degradation and climate change are having a serious impact on half of all tree species. Although the preservation of the tree stock and sustainable forest management have been the subject of much discussion and have been promoted through environmental measures across the globe, the general decline in species, along with its serious consequences, continues. The study, published in the renowned journal “Science” in mid- October, illustrates how the global decline in biodiversity is accompanied by a decline in timber growth.
The research marks the first major accomplishment of the team, formally known as the Global Forest Biodiversity Initiative (GFBI) and established in 2016.

“The study sets new standards because of its geo-statistical methodology and global scope. It included an immense volume of data on biodiversity and productivity from nearly 50 countries throughout the world, which has never been done before in this field of science,” said co-author Professor Hans Pretzsch, of Technical University of Munich (TUM) in Germany.

On the other hand, the research results also lend further weight to the Brundtland Report and the Helsinki and Montreal resolutions. "The conclusion of our study is that, for example, when the number of species declines by ten per cent, wood production decreases on average by six to seven per cent. And the rate of decline increases exponentially with further reduction of species richness,” said Pretzsch.

“The inventories and experimental plot data from more than 150 years demonstrate how timber growth decreases in parallel with the number of species,” Pretzsch explained, “and how it can increase toward mixed stands again with the conversion of forest monocultures.” The study, which took the major global forest ecosystems into account, clearly shows that in addition to the many ecological and social benefits, mixed stands can provide a material benefit in terms of increased productivity.

Annual loss estimated at around 490 billion US dollars

The authors have hypothetically calculated what would happen if the species continued to decline throughout the world as they have in recent years: If mixed forests continue to be cleared and converted into monocultures such as eucalyptus or pine, then productivity will steadily decrease.

With a species impoverishment of 99 per cent, the approximate loss in value would be in the range of 166 to 490 billion US dollars per year. The authors of the study note that these high losses amount to twice the annual global expenditure on the conservation of biodiversity. Other losses caused by the reduction in biodiversity include decreases in genetic diversity, protective functions and recovery functions, which go far beyond the reduction in timber production.

The results of the study provide the Intergovernmental Platform on Biodiversity and Ecosystem Services (UN IPBES) and the United Nations Convention on Biological Diversity (UNCBD) with an important quantitative basis for the intelligent protection and sustainable management of forests.

More information on the GFB initiative