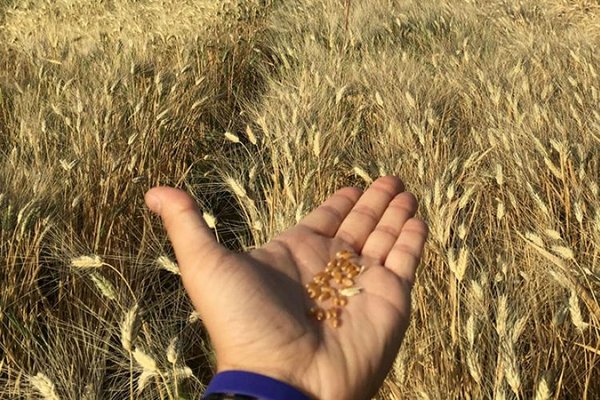 The new durum wheat varieties can withstand up to 40°C heat and offer potential to fight hunger and help farmers adapt to rising temperatures.
Photo: © ICARDA

Using non-GM molecular breeding techniques, ICARDA scientists have developed a set of durum wheat varieties that can withstand up to 40°C heat along the Senegal River basin. Once scaled up, the technology will offer potential to fight hunger and help farmers adapt to rising temperatures.

Scientists at the International Center for Agricultural Research in the Dry Areas (ICARDA) have developed super-early and heat-tolerant durum wheat cultivars and tested them in the land left fallow by rice farmers during winter months – from December to March – in the Senegal River basin.

The Senegal River provides water to 200,000 hectares of land, stretching to Senegal, Guinea, Mauritania and Mali. Farmers in the region cultivate rice during eight months of the year. The land sits fallow during the other four months.

The ICARDA varieties, identified after three years of multi-locations testing, also grow fast, so that farmers can produce them during the fallow period between rice cultivation.

When tested in the Senegal River Valley, the new wheat varieties yielded over three tons per hectare in just 90 days. If scaled up, the ICARDA scientists expect that the varieties could yield up to 600,000 tons of new food, or an estimated € 180 million in additional revenue for smallholder farmers, without affecting rice production.

ICARDA’s open-access policy of sharing its germplasm freely with developing countries can make this technology available to farmers not only in West Africa, but also in other dry areas.

The ICARDA project “Deployment of Molecular Durum Breeding to the Senegal Basin: Capacity Building to Face Global Warming” has been awarded the 2017 Olam Prize for Innovation in Food Security. It is financially supported by the Swedish Research Council.