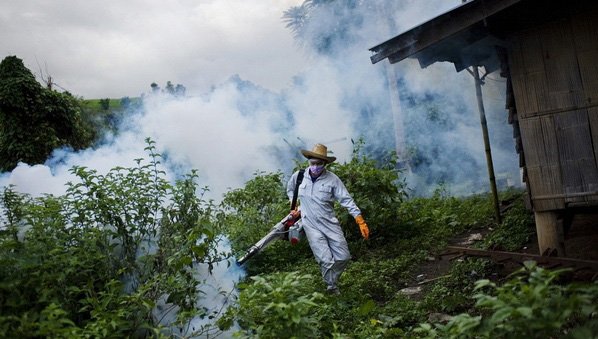 The global threat that insecticides pose for aquatic biodiversity has been revealed in a recent modelling study that pinpoints areas at greatest risk.

Agricultural insecticides constitute a major driver of animal biodiversity loss in freshwater ecosystems. However, the global extent of their effects and the spatial extent of exposure remain largely unknown.

In a recent study, researchers from Germany and Italy applied a spatially explicit model to estimate the potential for agricultural insecticide runoff into streams. The study reveals that water bodies within 40 per cent of the global land surface were at risk of insecticide runoff. The global map of potential insecticide contamination hotspots, to be published in the March edition of Environmental Pollution, could assist freshwater management and conservation efforts as it highlights areas where damage mitigation should be concentrated.

One researcher behind the study, Matthias Liess, from the Helmholtz Centre for Environmental Research in Germany, explains that tropical and subtropical regions need to pay urgent attention to threats of biodiversity loss from insecticide use. Farmers in many developing countries are changing from subsistence farming to market-oriented intensive crop farming. “It is very helpful for environmental risk assessment and environmental management to have the information on insecticide occurrence on the landmass of countries. We can then identify where to find exposure hotspots, and where it is most relevant to plan mitigation measures,” says the scientist.

Mitigation methods include buffer strips alongside water bodies which are free of insecticide use, says Liess, who also suggests more efficient environmental management to combat the risk.

The study used existing maps and databases such as the UN Food and Agriculture Organization’s data on country use of insecticides, to produce a global map showing runoff vulnerability, or the likehood of rainwater to run off the land into water bodies based on the slope of the terrain and rainfall; and the runoff hazard related to the amount of insecticide used. The two are combined into a global insecticide runoff map showing how much insecticide is likely to contaminate water bodies.
(SciDev/wi)