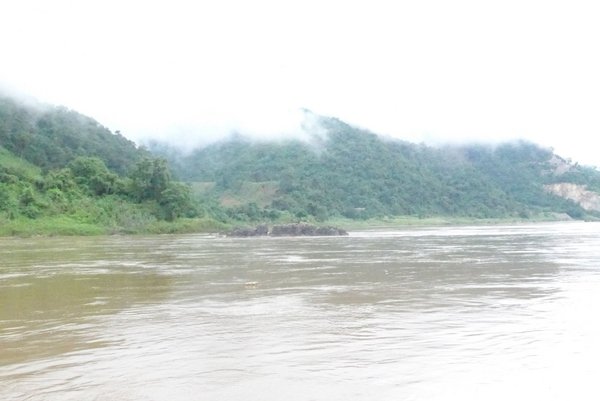 Experts perceive that the economic benefits of dams are overestimated, while the long-term consequences for biodiversity and fishing are underestimated.

In an international study scientists warn of the ecological and social consequences of 450 planned dams on the Amazon, Mekong and Congo rivers.

The global expansion of hydropower is a threat to the most biodiverse waters on Earth. This is the conclusion of scientists in an international study of data on the Amazon, Mekong and Congo rivers. Scientists from the University of Tübingen and the Leibniz-Institute of Freshwater Ecology and Inland Fisheries in Berlin also participated in the study.

The authors warn that the economic benefits of dams are frequently overestimated, while the long-term consequences for biodiversity and fishing are underestimated. To minimise the impacts on humans and the environment, they call for supraregional studies to assess the risks of dams which take into account social and ecological processes and their interactions. The results were published at the start of January in the journal “Science“.

Together with the Leibniz-Institute of Freshwater Ecology and Inland Fisheries in Berlin, Professor Christiane Zarfl of the ZAG Centre for Applied Geosciences (Zentrum für Angewandte Geowissenschaften) at the University of Tübingen, Germany, created a database of all the major hydropower installations in the world currently under construction or in planning. An international team of scientists then combined this information with current data on the distribution of fish species in the three major river systems and mapped the results.

The scientists note that the tropical catchment areas of the Amazon, Mekong and Congo rivers had over 4,000 species, or just under one third of all the Earth's freshwater fish species, and that most of them are only found here. Currently, these rivers are largely undeveloped, but now construction of over 450 large dams is planned. The authors point out that the impacts are not just social, such as the relocation of the indigenous population.

The best places for generating electricity are also areas of unique biodiversity. There is acute danger that large dams reduce fish biodiversity and create obstacles for migrating fish. This can separate fish populations and interrupt their life cycles. The scientists warn that dams restrict a river's natural dynamic, creating more uniform and less productive biotopes. This in turn not only reduces biodiversity but also adversely affects fishing and agriculture, dependent on the dynamic of the river.

The study is intended to show the importance for sustainable water management of careful consideration in selecting dam sites, Professor Zarfl stresses in a press release.
The authors emphasise the need for integrative planning of hydropower expansion which strikes a balance between fully utilising hydropower potential and preserving natural resources. The risk assessment must make use of all available data. Donors in particular are called on to promote analyses which take into account the cumulative effect of existing and planned dams and explicitly include alternative locations. “This is the only way to achieve social goals and reduce impacts on the environment.”