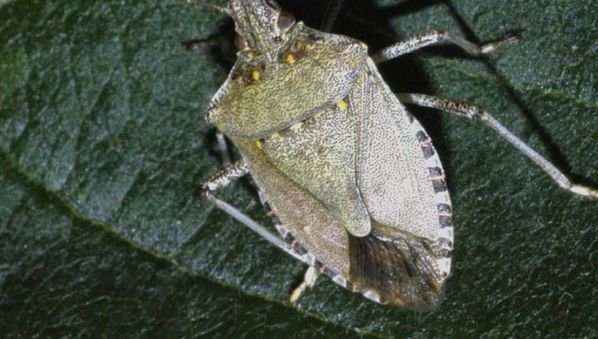 Insects like the stink bug could contribute to the world’s food security.
Photo: © Government of B.C.

A new study by African scientists has identified essential nutrients in an edible insect known as stink bug and suggests it as an alternative food source to help meet the dietary demands of an increasing human population.

The edible stink bug is widely distributed in subtropical woodland and bushveld in Zimbabwe and Northern provinces of South Africa. This bug plays an important role in efforts to attain food and nutritional security as well as being a source of income to rural communities

The scientists had collected stink bugs — known scientifically as Encosternumdelegorguei — from Jiri Forest in south-eastern Zimbabwe in 2014, during the month of June, when the insect’s abdominal fat composition is at its highest. The researchers created four harvesting quadrants that covered the entire forest. In each quadrant, they harvested the stink bug from branches of ten randomly selected trees. The researchers searched for chemical components such as antioxidants, amino acids, essential fatty acids and toxins.

“We found high protein, fatty acids and anti-inflammatory chemicals such as flavonoids content,” says Baldwyn Torto, a scientist at the Kenya-based International Centre for Insect Physiology and Ecology (icipe) and a corresponding author of the study. He adds that the edible stink bug has the potential to help lessen nutrient-deficient communities in Africa where vegetables and animal sources may be limited.

The stink bug gets its name from the liquid it ejects when threatened, which smells strongly but is not dangerous.

According to the UN Food and Agriculture Organization, producing 70 per cent more food could help satisfy the estimated nine billion human population by 2050. Edible insects could contribute to the world’s food security, says Torto, adding that most communities do not know which edible insects are truly nutritional and have beneficial effects on human health.

“This is what inspired our research to contribute to food security and income generation among the communities … across the African continent. Some of the traditional foods, including insects such as the edible stink bug, are highly nutritious and beneficial to human health and should be promoted into mainstream diets,” Torto maintains.

“We further recommend the creation of a database of all insects consumed across Africa to allow scientists to investigate their nutritional and health benefits and to develop methods for their mass rearing and processing,” he adds.

The study, published in the PloS ONE journal on 5 January, resulted from funding from the German Academic Exchange Service to aid postdoctoral fellowships in African centres of excellence.