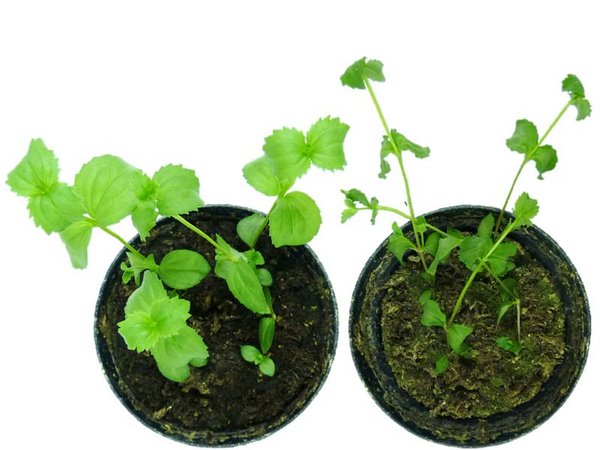 A team of researchers from Germany and the USA have decoded the genome of two plants that show different degrees of tolerance to drought periods. They have discovered some characteristic differences that appear to relate to drought tolerance.

One mystery that has continued to baffle botanists is that whereas some plants can cope with weeks of dryness, others already sustain damage after lacking water for only a short period. Researchers have been seeking reasons for this difference across the globe. For if one knew the causes, new, drought-resistant varieties could perhaps be bred.

Over the last decades, a number of mechanisms have already been explained contributing to insensitiveness to drought. Research is nevertheless still groping in the dark in many areas. This is also because it is difficult to compare drought-tolerant and drought-sensitive species with one another. Often, their differences are so great that it is difficult to assess which ones are relevant for drought tolerance.

Now, together with colleagues from the USA, researchers at the University of Bonn, Germany, have decoded the genomes of two plants that show different degrees of drought tolerance. They have discovered some characteristic differences that probably relate to how these plants cope with dryness. For example, the drought-tolerant species switches to a genetic programme similar to that acting in the seed. This is the first time that such a comparison has been conducted among closely related higher plants. The results have now been published in the specialist journal The Plant Cell.

As the University of Bonn explains in a press release, botanist Eberhard Fischer brought back two plant species from an excursion to East Africa. Both of them belong to the genus Lindernia, which means that they are closely related. Even so, they demonstrate significantly different responses to a lack of water. Whereas Lindernia brevidens has no problems surviving dry phases, Lindernia subracemosa is far more sensitive in this respect.

“We have now sequenced the genes of these two species and compared them with one another,” explains Professor Dorothea Bartels of IMBIO, the University of Bonn’s Institute of Molecular Physiology and Biotechnology of Plants (IMBIO). “This step already revealed some interesting differences. For example, the genetic make-up of the Lindernia plants is 90 per cent identical. However, some genes relevant to drought tolerance occur in significantly higher numbers in Lindernia brevidens – sometimes in up to 26 copies.”

In a further step, the scientists examined which of the genes became active in response to drought. One important result was that the responses to a lack of water among the two Lindernia species differed considerably, already in the very early stages of dryness. “Even under mild drought stress, there are hardly any overlaps between the genetic responses of the plants,” Bartels emphasises. The leaves of Lindernia brevidens appear to switch in a mode similar to that normally active in seeds, which are often still able to germinate even after long periods without water.

One cause of the different responses among the two plants is the regions controlling the activities of the genes. In Lindernia brevidens, unlike in Lindernia subracemosa, minute genetic modifications could often be detected. In some cases, the genetic code of these control sequences only differs at one single point. And yet this modification can drastically change the behaviour of the controlled gene. “In Lindernia subracemosa, we found changes as a result of which certain drought-tolerance genes are no longer transcribed,” Bartels explains.

All in all, the study provides an astonishingly complex impression of how drought tolerance develops. “It is certainly not the case that this ability results from one particular gene,” Bartels stresses. She nevertheless hopes that the results of this pure research will contribute to breeding crop plants in the long run that can also cope better with longer drought periods. Given the climate changes that many countries are confronted with, this would be an important strategy to achieve food security for the people affected.