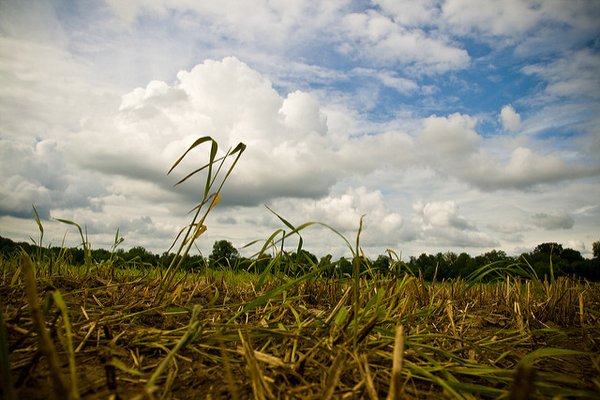 In the past, climate scientists have tended to underestimate the risk of a co-occurrence of heatwave and drought. This is the conclusion of one of the first studies by scientists at ETH Zürich examining compound climate extremes.

Compound climate extremes are receiving increasing attention because of their disproportionate impacts on humans and ecosystems world-wide. However, risk assessments generally focus on univariate statistics. In an new approach, scientists at the Eidgenössische Technische Hochschule (ETH), Zürich/Switzerland) now analyse the co-occurrence of hot and dry summers and show that these are correlated, inducing a much higher frequency of concurrent hot and dry summers than what would be assumed from the independent combination of the univariate statistics.

A combination of severe drought and a heatwave caused problems for Russia in the summer of 2010: fires tore through forests and peat bogs. At the same time, Pakistan was engulfed in heavy rain, as the high-pressure area over Russia blocked a low-pressure zone over Pakistan. This led to the country’s worst flooding for centuries, the ETH scientists note in a recent press release.

According to the statistics, however, such extreme climate events, similar to the heatwave that affected large areas of western and central Europe in the summer of 2003, are only supposed to occur around every 100 years. But as global warming pushes average temperatures higher, the frequency of several extreme weather events is set to increase, experts claim.

Researchers have traditionally studied extreme climate events such as heatwaves and drought in isolation, producing separate forecasts of how frequently each one is likely to occur. But when these extremes coincide – a combination of hot and dry summers, for example – their impact is far greater.

ETH researcher Jakob Zscheischler and Professor Sonia Seneviratne from the ETH Institute for Atmospheric and Climate Science have now calculated the probability of compound climate extremes, as the co-occurrence of severe heat and drought generally depends on the correlation between temperature and precipitation in the summer. The results of their study have just been published in the academic journal "Science Advances”.

Co-occurrence as much as five times greater than expected

In their study, Zscheischler and Seneviratne have calculated that the combination of heat and drought is as much as two to four times more frequent than if these two extreme climate events are studied in isolation.

Calculating the probability of these two extremes separately and then combining them is not the same as establishing the likelihood of their co-occurrence, the scientists note. Zscheischler and Seneviratne have analysed the combination of heatwaves and drought because observations show that “there are definite correlations between such compound climate events”. This was the reason for the extremely hot and dry summer that central Europe experienced in 2015. “These scenarios are becoming more common,” they note.

The greater frequency of compound climate extremes poses a bigger threat to agriculture, society and the economy. The latest calculations show that the risk is far greater than previously assumed. Seneviratne warns: “We’re not properly prepared for this.”

In terms of health risks, an intense heat wave can lead to dehydration and even premature death in the elderly and very young population. In agriculture, severe drought can ruin crops or lead to escalating irrigation costs. Forest fires are also more frequent in the case of co-occurrent droughts and heat waves.

Chain reaction in a connected world

“If climate extremes are only studied in isolation, we risk underestimating the potential threat,” stresses Seneviratne. “In today’s highly connected world, it is more important than ever to assess these risks accurately.” 2010 was a classic example of how extreme climate events no longer affect just one country, but can also – given the interconnectivity of the modern world – spill over to regions with more stable weather patterns. When wheat yields fell as a result of severe drought, Russia halted exports to Egypt to ensure it could still meet domestic demand for wheat. This ramped up wheat prices in Egypt, badly affecting certain parts of the population and creating political instability.

This new study is one of the first to address this shortcoming, and help prepare us for what might be in store. “Adjustments will be necessary at all levels,” Seneviratne notes.