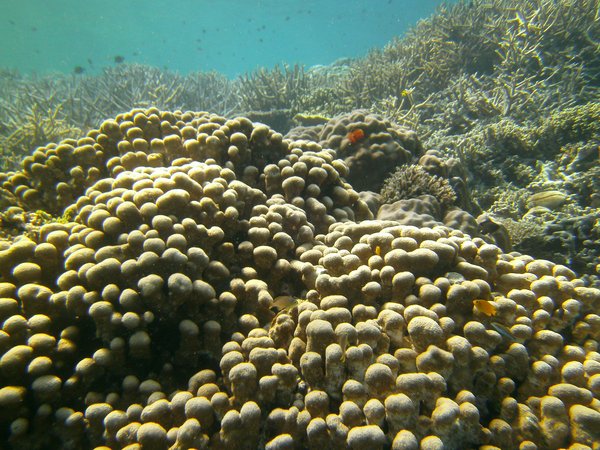 Endangered species diversity at the equator. As the world's oceans warm up, many species migrate from this region. Sulawesi ( Indonesia ):
Photo: © Wolfgang Kießling

Warming of the world’s oceans is also going to result in considerable changes in maritime biodiversity. In some regions, this could lead to greater biodiversity. However, scientists are also worried about the threat of losing unique ecological regions and call on international conservationist organisations to address the issue.

Maritime biodiversity is set to increase, although only in some regions. Other habitats are going to lose biodiversity. The warming of the seas is to blame for these developments, for it is encouraging some species to spread so that what have hitherto been unique ecological regions will become more and more similar to one another. This is the result of an international study that palaeobiologists of Germany’s Friedrich Alexander University Erlangen-Nuremberg (FAU) were involved in and which has now been published in the “Nature Climate Change” journal. In addition, the scientists have identified marine regions in which conservation of nature is especially promising.

The new study is based on the results of a previous examination by Wolfgang Kießling, Chair for Palaeontology at the FAU, that appeared in the “Nature” journal last year. At the time, the international team had developed a model with which the rate and direction can be predicted at which climate zones are going to shift in future – and into which regions animal species are therefore going to migrate. In the new study, which appeared in the “Nature” journal in late August 2015, the researchers have now extended the model and taken tolerance of temperatures among sea dwellers into account in order to compute the concrete impacts that these changes in the oceans are going to have by the end of the 21st century given the current climate prospects.

For their simulations, the scientists used data covering around 13,000 species of sea dwellers, ranging from molluscs through fishes to mammals. Thus they examined ten times more species than comparable studies. Thanks to the large set of data it is based on, the study provides more comprehensive information on what communities are composed of and demonstrates global patterns of how this composition is probably going to change in the future. The model was simulated with two different scenarios one of which makes more conservative assumptions on greenhouse gas-induced climate change while the other represents the worst case, in which energy input on the Earth will increase by 8.5 watts per square metre up to 2100 compared to the reference value for 1850.

The scientists were able to recognise a recurrent pattern according to which biodiversity is increasing in several marine regions. Many species immigrate into a region, and a smaller number become extinct. “Rapidly progressing climate change is going to make it easier for many species to spread in new regions. And if they then lack their usual rivals or predators, the newly established species may displace the local species,” Kießling explained during the presentation of the study. Such developments bore the risk of today’s ecologically unique communities becoming more and more similar to one another in their species composition by the end of the century. In the worst case scenario, a massive loss of biodiversity must also be reckoned with close to the equator.

The changes in maritime biodiversity predicted in the survey pose a huge challenge for nature conservation since there is a need for proactive measures across borders and sovereign states. In their study, the scientists therefore suggest certain regions in which nature conservation could have a particularly big effect: regions in which major predicted changes coincide with a big impact caused by human beings. These regions include, among others, the Mediterranean, the Caribbean, the Philippines, Taiwan and China. Other regions that are promising in terms of species conservation comprise the North West Atlantic, Russia, Alaska, Canada and the Antarctic, where particularly big changes in biodiversity are being reckoned with.
“Our results demonstrate that despite the huge global effects given the current velocity of climate change, these effects could at least be limited if global warming were reduced,” says Kießling.