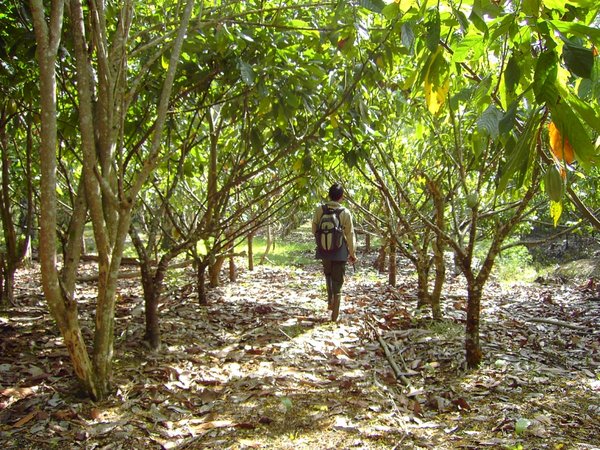 Birds and bats are important pest control agents, and as such make an important economic contribution to agriculture. An international team investigated the influence of these creatures on harvest yields in the tropics.

Birds and bats eat insects, many of which are pests, in the process improving the yields of many crops worldwide, including the harvests in cocoa and coffee plantations and fruit orchards. According to the latest study by an international team of researchers headed by Dr Bea Maas from the University of Göttingen, these services have high economic overall value which has not previously been investigated.

According to a study of an Indonesian cocoa plantation, the bird and bat population there have, through their form of pest control, saved over one third of the harvest, with a value of more than USD 1 billion a year. They make a similarly significant contribution in coffee and rice plantations, which millions of households in the tropics depend on, and this contribution can be further increased by deliberate management. The results of the international study were published at the end of July 2015 in the international journal Biological Reviews.

The researchers note that the rapidly expanding intensive land use in the tropics is a threat to many habitats, species and resources. Natural services by birds and bats offer a possibility for farming these threatened habitats sustainably, and at the same time profitably. ‘Birds and bats have not been adequately studied to date, and their importance for land use is often underestimated,’ emphasises Dr Bea Maas, an agricultural economist at the University of Göttingen and the head of the study. ‘However, our study together with others covering seven tropical nations in all shows that the pest suppression services they provide can have enormously high economic value.’

Among other questions, the group of researchers investigated how well the results of individual studies can be transferred to other locations and regions. The comparison shows that birds and bats respond very differently to land use. While significantly fewer species of birds, and particularly insectivores, are found in areas used for agriculture, there is less of a drop-off in the number of species of bats between forest and agricultural land. ‘In the few studies which deliberately take into account the services of bats, they emerge as particularly strong service providers,’ Dr Maas explains.

The exploitation and associated protection of natural activities would also benefit other species and their sustainability. ‘‘To integrate birds and bats optimally as service providers into tropical landscapes, we need better understanding of the role played by the combination of habitats and local management,’ Dr Maas explains. ‘However, there is no doubt that optimised and biodiversity-friendly landscape management can improve the welfare of both humans and nature.’