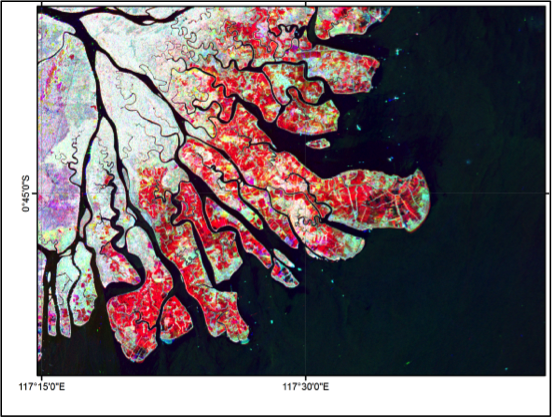 Expanding aquaculture in South-East Asia over the last two decades has been the main driver of mangrove loss in the world, says a study by Global Magrove Watch.

A recent study conducted by a team of scientists at Global Mangrove Watch (GMW) has shown that the expansion of aquaculture has a serious impact on the mangrove population in South-East Asia. By using satellite imagery the scientists mapped the distribution and changes of mangrove ecosystems in the world from 1996 to 2010. The team analysed 1,168 mangrove areas in North, Central and South America, Africa, Middle East, India and South-East Asia.

The study has been published in the open access journal PLOS one.

“Mangroves are being threatened across their entire range and have suffered large losses over the past century, primarily due to increasing coastal populations and the conversion of mangroves to aquaculture,” says Thomas, currently a post-doctoral scholar at the California Institute of Technology Jet Propulsion Laboratory.

“Aquaculture (shrimp farming) and agriculture (oil palm, rice) were evaluated to be the greatest drivers of mangrove deforestation in the region,” says Thomas.

Mangroves, especially of the Rhizophoraceae family, are maritime trees or shrubs that form dense masses of roots and foliage that naturally protect coastal ecosystems against storms and sea-level rise. Mangroves provide livelihoods through fishing and timber and help mitigate climate change by acting as carbon sinks. The word ‘mangrove’ refers to mangrove forests as well as to the trees.

Growing awareness for mangroves in coastal regions of Indonesia

Cecep Kusmana, expert on mangrove ecology at the Indonesian Bogor Agricultural University, West Java, says that Indonesia is home to 3.7 million hectares of mangroves, with 70 per cent of this area damaged or degraded by aquaculture and human settlement.

But Kusmana is optimistic because governments, international NGOs, and coastal people are now working together to rehabilitate mangroves.

“There is growing awareness among coastal communities in Indonesia concerning the role of mangroves for economic livelihoods and disaster mitigation,” he says. “I witnessed mangrove rehabilitation by coastal communities in East Java, North Sumatra, South Sulawesi, and the north of Jakarta. This is something good for us even though I know that the rate of mangrove degradation and deforestation is still higher than its rehabilitation rate.” Coastal communities are now trying to balance sustainable aquaculture with mangrove conservation, Kusmana adds, and at Serdang Bedagai, North Sumatra, people conserve mangroves at the centre of their shrimp farms and plant oil palm along the borders.

“I think this is the best way to conserve mangroves as well as to improve the livelihoods of poor communities that live around them,” says Kusmana.

Global Mangrove Watch (GMW) is an international project that began in 2011, led by the Japan Aerospace Exploration Agency in collaboration with a host of other institutions, including Aberystwyth University (UK) and the National Aeronautics and Space Administration (NASA).