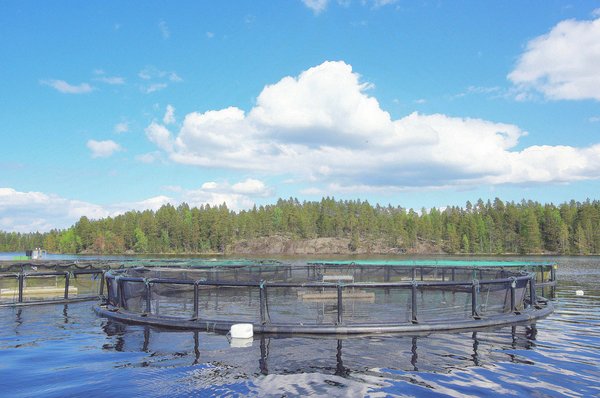 Aquaculture: clear water thanks to cork

Fishery experts at the fishery research unit of the Baden-Württemberg Agricultural Centre (LAZBW) in southern Germany have developed a feed additive from cork which is very suitable for production in aquaculture and is environmentally friendly.

Overfishing of the world’s oceans is a global problem. Politics, business and society are all called on to find a solution for the global rise in demand for fish at the same time as resources are disappearing. The enormous pressure on wild fish stocks must be reduced. One way out of the dilemma is aquaculture, which already supplies over half the fish consumed in the world. With annual growth of eight per cent, the industry is a future market – but one which must and will also continuously monitor and improve environmental and quality standards.

The time has come to rethink, as fish feed in aquaculture – whether in the sea or ponds – can have a negative impact on water quality. This is the point where the fishery research unit at the Baden-Württemberg Agricultural Centre started work. The unit’s experts have developed a feed additive which is very suitable for production in aquaculture.

The discovery solves a major problem for fish production: water contamination by faeces. Contaminated water leads to diseases and growth problems with the fish, burdens the environment and threatens the stability of modern closed-circuit systems.

The unique feature of the newly-developed fish food is the addition of cork. Tiny particles of cork are added to the feed, which concentrate undigested in the excretions and float them to the surface of the water, where they can be easily skimmed off. The cork additive is harmless to the fish and at the same time environmentally friendly, as the removed fish waste can be directly used as fertiliser. In aquaculture, the burden on filter systems is reduced and cleaning cycles can be significantly extended.

The food is also suitable for use in aquaponics systems, as the excretions can be used with little effort to fertilise the plants.

Patents have been granted for these inventions in Norway, Denmark, France, the UK and Germany, and patents have been applied for in Canada and Chile. The Technologie-Lizenz-Büro (TLB) GmbH (Technology Licence Bureau) has been commissioned with global commercial implementation of the invention, and offers companies opportunities for cooperation or licensing.