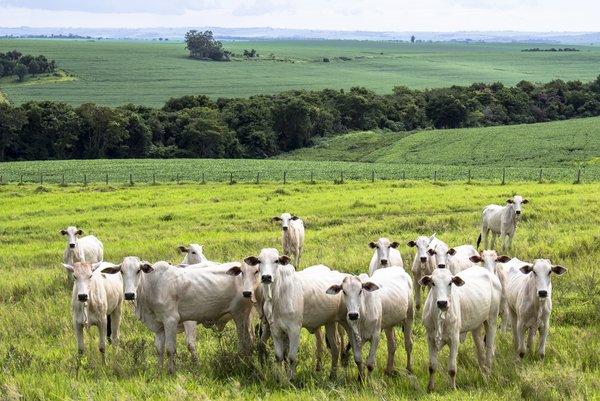 More and more grasslands and forests are being converted into agricultural land and pastures.
Photo: ©Alf Ribeiro/shutterstock

The production and consumption of agricultural products have a greater relevance for climate change and climate protection than previously assumed. Researchers at Humboldt University Berlin have developed a new approach that takes the hidden “carbon costs” of land use into account, the so-called “Carbon Benefit Index”.

How we deal with the Earth’s land is of central importance for climate protection. More and more grasslands and forests are being converted into land for cultivation and pasture world-wide, whereby valuable carbon stores are lost. The intensive use of fossil fuels, irrigation, fertilisers and pesticides is having an additional impact. All in all, agriculture is responsible for about a quarter of greenhouse gas emissions across the world.

If, in accordance with the Paris Climate Agreement, global warming is to be limited to a maximum of 1.5°Celsius, then a substantial reduction in emissions will not be enough. Ambitious strategies for climate protection also rely on the targeted use of land for increased capture and storage of carbon, for instance through large-scale reforestation or the production of bioenergy. However, global food needs are expected to more than double by 2050. Thus competition for fertile land is set to further increase.

A new study at Humboldt University Berlin (HU), Germany published in the magazine Nature addresses this dilemma. It examines the fundamental question of what changes in land use contribute to climate protection by meeting global food needs while counteracting greenhouse gas emissions.

The study shows that previous methods often strongly underestimate the negative impact of land use and eating habits on climate change. According to Tim Beringer, co-author of the study and a visiting scholar at the Integrative Research Institute on Transformations of Human-Environment Systems (IRI THESys) at HU, “a fundamental problem is that many of the calculations neglect the fact that land that is used for agriculture would also have a great potential for carbon sequestration if it was not used for food production”.

Beringer argues that such potential carbon stores should be taken into account in scientific models in the future – namely, as missed improvements in the climate balance. Hence, together with colleagues, he has developed a new approach that explicitly takes the hidden “carbon costs” of land use into account, the so-called “Carbon Benefit Index”.

The “Carbon Benefit Index” identifies how local changes in crops, yield levels and production processes affect global greenhouse gas emissions and the sequestration of carbon in plants and soil around the world. “Whether, for example, rapeseed is cultivated instead of wheat, how much yield is provided by the cultivated varieties, and whether the land is intensively or extensively cultivated makes a huge difference,” Beringer explains.

With the help of their innovative approach, the authors can show, among other things, that our eating habits are connected to much more greenhouse gas emissions than previously assumed. According to their findings, the food consumption of people in Europe contributes to global warming as much as the total remaining energy consumption and all other goods taken together. “Our diet is very heavy on meat and therefore requires a lot of fertile land for livestock farming and feed production,” the researcher notes. These emissions could be reduced by up to 70 per cent through a reduced consumption of beef and dairy products.

Traditional analyses typically attribute only a small share of overall emissions to diet and thus also underestimate the potential of changed eating habits for climate protection. “Our approach makes it possible to determine both, the climate efficiency of the production and that of the consumption of agricultural goods,” Beringer says. For effective climate protection requires changes on both sides, i.e. reduced consumption of products that are connected to high greenhouse gas emissions along with more efficient use of arable land and pasture.