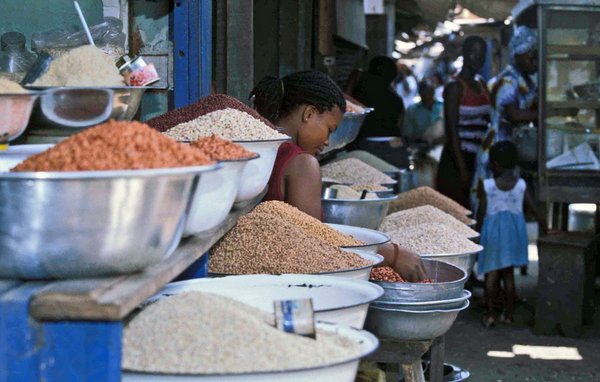 For the fear of losing all their harvest to pests due to the lack of a suitable long term storage method, most cowpeas farmers in Africa resolve to sell their produce for low prices.
Photo: © T.Bexten/Rural21

A long term solution to cowpeas storage in Africa

Cowpea is said be of a high nutrition value and owing to its resilience in dry, hot conditions, could be the solution Africa seeks in fighting food crisis in the continent.

Researchers from the Purdue University have published a study on a method of storing cowpea that would benefit millions of farmers in West and Central Africa. Cowpea is a drought-tolerant legume that grows well in poor soils with a high sand content. However the harvested beans are vulnerable to cowpea weevils, Callosobruchus maculatus, which can multiply extremely fast. Even a small infestation can destroy an entire stored crop in a few months.

The current study by researchers in Niger and the United States differ with the previously held opinion that pests died of suffocation. Instead, after collecting data on better storage methods the researchers now claim that a long-standing method of killing cowpea weevils involved storing the harvest inside three layered and individually sealed plastic bags.

This method known as Purdue Improved Cowpea Storage (PICS) uses non-chemical, hermetic storage. A ‘PICS’ is simply a bag composed of three layers: two inner layers of high density polyethylene and an outer layer of ordinary woven polypropylene. This triple bag technology has been introduced in West, Central and East Africa where farmers are exposed to harmful chemicals while protecting their cowpea grains against insects.

According to the study, PICS works by sealing cowpeas in an airtight container, which kills all the adult insects and most of the larvae within days. At the same time the triple bags keep the remaining larvae dormant and unable to damage the seeds.