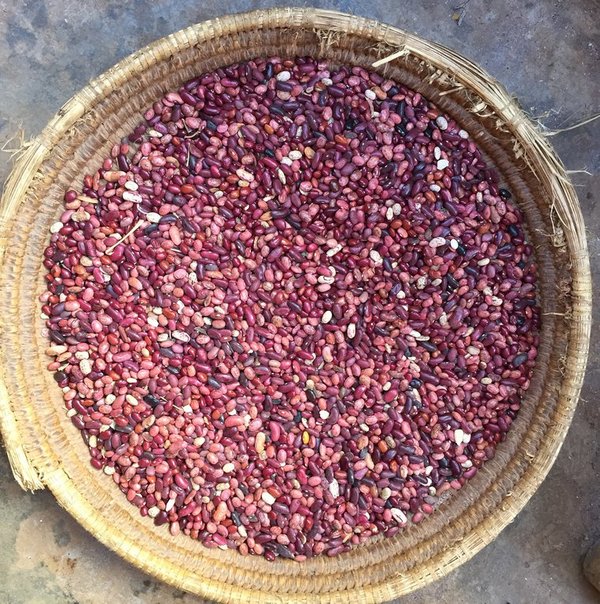 A heat-tolerant bean crop is set to withstand extreme temperatures

Responding to fears that bean production will take a big hit from global warming, CIAT scientists have identified about 30 “elite” lines showing tolerance to temperatures 4 degrees Centigrade above the crop’s normal “comfort zone - According to the experts, farmers adopting the heat beaters will be able to expand production on land where it’s normally too hot for beans .

Scientists from the International Center for Tropical Agriculture (CIAT ) have announced the discovery of 30 new types, “heat-beater” beans that could keep production from crashing in large swaths of bean-dependent Latin America and Africa. Often called the “meat of the poor” for the affordable protein it provides, the crop is a vital foundation of food security for more than 400 million people in the developing world.

According to the CIAT scientists, beans are highly sensitive to heat. Higher temperatures drastically reduce seed fertility, leading to lower grain yields and quality. However, in the heat-tolerant lines recently identified, pollen from bean flowers remains viable even with a temperature increase of up to 4 degrees Centigrade.

Many of the new heat-tolerant beans developed by the scientists are “crosses” between the “common bean”—which includes pinto, white, black, and kidney beans—and the tepary bean, a hardy survivor cultivated since pre-Columbian times in an area that is now part of northern Mexico and the American southwest, says report.

Moreover, since experts have in the past feared that beans could be  a casualty of climate change, this discovery couldn‘t have come at a  better time. Researchers  of the CGIAR had previously warned that rising temperatures were likely to disrupt bean production in Nicaragua, Haiti, Brazil, and Honduras. While in Africa, those warnings had focused on Malawi and the Democratic Republic of the Congo as the most vulnerable, followed by Tanzania, Uganda, and Kenya.
Research on these beans was supported by the CGIAR Fund and is documented in a recent CGIAR report.