Who owns the world’s land? 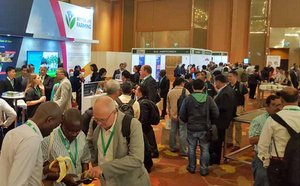 ‘Who owns the world’s land? A global baseline report of indigenous and community land rights' published in September 2015 perceives that, worldwide, Indigenous Peoples have little or no rights to their land.

According to the report by the Rights and Resources Initiative (RRI), communities and Indigenous Peoples are estimated to hold as much as 65 percent of the world’s land area under customary systems, yet many governments formally recognise their rights to only a fraction of those lands.

This gap between what is held by communities and what is recognised by governments is a major driver of conflict, disrupted investments, environmental degradation, climate change and cultural extinction.

The study includes data from 64 countries, comprising 82 percent of global land area. It builds on the ongoing work of the Rights and Resources Initiative (RRI) to track ownership and control of the world’s forests, and expands that research to identify lands that are owned and controlled by local communities across all terrestrial ecosystems in the countries studied, including such diverse lands as grasslands in China, taiga in northern Canada, and rainforests in Brazil.

Special attention was given to 12 countries in the analysis that are included in the World Bank’s list of fragile countries. In 10 of these countries, almost 100 percent of the territory is owned by the government or the private sector and not by the people who live there.