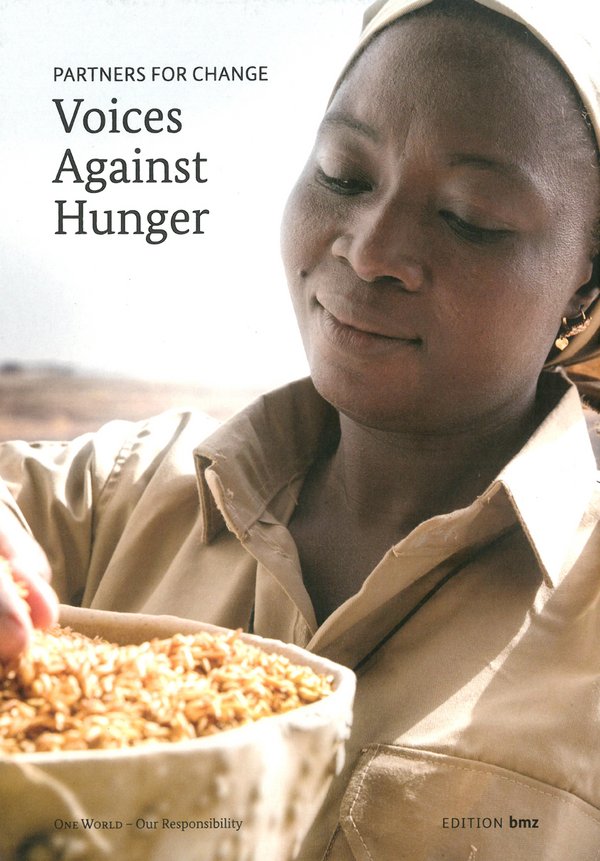 With the Sustainable Development Goals, the international community of states has set itself the goal of putting an end to hunger by 2030. Seven development co-operation experts have now presented their strategies addressing this in a new book.

“We can achieve a world without hunger! But only if we join forces. Let’s get to work!” Under this motto, seven development co-operation experts from government, civil society, the private sector and academia have described the key issues that that they believe have to be tackled if we are to conquer hunger and malnutrition by 2030 in a new book. “Voices against hunger”, published by the German Federal Ministry for Economic Cooperation and Development (BMZ), was presented at the conference “One World – No hunger. The Future of the Rural World” in Berlin/Germany in late April 2017.

Akinwumi Ayodeji Adesina, President of the African Development Bank, stresses Africa’s need for a structural transformation of agriculture to make it more productive, efficient and competitive. This, he maintains, requires a new generation of agribusiness entrepreneurs, the modernisation of agricultural value chains, strong partnerships and large-scale investments by both the public and the private sector.

Melinda Gates, co-chair of the Bill & Melinda Gates Foundation, explains why women are our best bet in the fight against malnutrition, while Joachim von Braun, Director of the Center for Development Research (ZEF) at Bonn University, Germany, is convinced that any solutions that hope to match the complexities of the causes of hunger must be based on innovations.

Sustainable success in combating hunger can only be achieved if the overall conditions are characterised by peace and social justice, Bärbel Dieckmann, President of the German NGO Welthungerhilfe, maintains. Agnes Kalibata, President of the Alliance for a Green Revolution in Africa, stresses the empowerment of smallholders as the drivers of most African economies. Former president of the International Fund for Agricultural Development (IFAD), Kanayo F. Nwanze, holds that investing in rural communities is crucial not only to growth in agricultural productivity, but also to attaining economic and social growth – in other words: inclusive rural transformation.

This publication will soon be available in English.