The State of World Population Report 2015

Among those displaced by conflict or uprooted by disaster are tens of millions of women and adolescent girls. This report is a call to action to meet their needs and ensure their rights 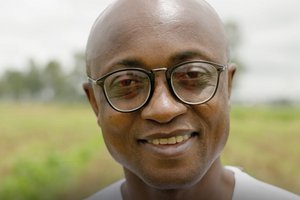 According to The State of World Population Report 2015, more than a quarter of the 100 million people in need of humanitarian assistance are women and adolescent girls of childbearing age. These are women and girls between the ages of 15 and 49 facing enormous risks and vulnerabilities; compounded by limited access to services and insufficient funding to meet their unique health and protection needs.

The United Nations Population Fund (UNFPA) annual report released in December 2015, perceives that worsening crises, wars and natural disasters are leaving women and girls vulnerable to sexual violence or in need of critical basic services like maternal healthcare and contraception. More than 500 pregnant women die daily from pregnancy or childbirth complications in emergency and fragile situations, such as refugee camps.

Moreover, the report notes that the 10 countries with the highest maternal mortality ratios in the world are all affected by, or emerging from, war. And by the end of 2015, two in three cases of maternal deaths will have occurred in countries affected by a humanitarian crisis or fragile conditions.

This is despite the pledge made by 179 governments in 1994 at the International Conference on Population and Development to uphold the right to health, dignity and safety, of every 10-year-old girl; no matter where she is and under any given situtuation.  According to UNFPA, for too many years humanitarian assistance has left the 10-year-old girl behind, vulnerable to unsafe childbirth, and violence with devastating consequences.

The report therefore calls on stakeholders to transform humanitarian action by placing the health and rights of women and young people at the centre of their priorities.
And at the same time, invest heavily in institutions and actions that build girls’ and women’s human capital and agency and in the resilience of communities and nations over the long run so that when a new crisis strikes, disruption and dislocation may be minimized and recovery may be accelerated.