The State of Food Insecurity in the World 2012

The new UN hunger report, published by FAO, IFAD and WFP in October 2012, calls for investments in broad-based economic growth and safety nets for the most vulnerable. 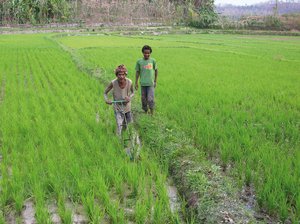 The State of Food Insecurity in the World 2012 (SOFI) was jointly published by the UN Food and Agriculture Organization (FAO), the International Fund for Agricultural Development (IFAD) and the World Food Programme (WFP) in October 2012. The report presents new estimates of chronic undernourishment based on an improved methodology and data for the last two decades. The numbers of hunger released in this report are part of a revised series that go back to 1990.

The report states that nearly 870 million people are suffering from chronic undernourishment, 852 million of them living in developing countries and 16 million in developed countries. This is a 132 million drop on the figures reported 20 years ago. Today, 12.5 per cent of the world population suffer from famine, compared to 18.6 per cent at that time. Efforts to combat hunger over the last twenty years were most successful between 1990 and 2007, since 2007/2008 the global progress in reducing hunger has slowed and leveled off.

Undernourishment decreased in the last two decades in Asia and the Pacific and in Latin America and the Caribbean but not in Africa, where the number of hungry grew over the period, from 175 million to 239 million, with nearly 20 million added in the past four years.
But developed regions also saw the number of hungry rise, from 13 million in 2004/2006 to 16 million in 2010/2012, reversing a steady decrease in previous years from 20 million in 1990/1992.

According to the report, to successfully reduce hunger in the coming years and ensure that more people have access to secure food supplies it is necessary to invest in broad-based economic growth (including in agriculture) and safety nets for the most vulnerable.