The Right to Food and Nutrition Watch 2015

The increasing control of businesses over food systems and resources, institutions, policy spaces and governance structures is putting human rights at great risk, says the Right to Food and Nutrition Watch report. 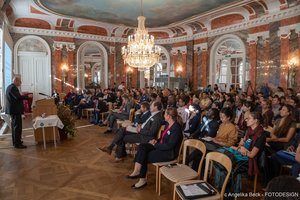 The report ''The Right to Food and Nutrition Watch 2015, People’s Nutrition is not a business’' perceives that nutrition and sustainable food systems across the globe have been hijacked by the corporate world. A practice commonly referred to as ‘corporate capture’.

In a world where hundreds of millions go undernourished while half a billion suffer from obesity, communities worldwide see the prevention of corporate capture as a critical issue, says the report.

This seventh edition, published in October 2015, places nutrition under the spotlight and exposes the impact of business operations on people's’ livelihoods. The concept of nutrition is assessed from a human rights perspective, going beyond the mere measurement of nutrients in food and human bodies to considering the socio-economic and cultural context in which human beings feed themselves.

Peoples' nutrition  is not a business

According to the report, corporate-based approaches have led to an artificial separation of nutrition and sustainable food systems, resulting in vertical, technical and product-based solutions that ignore social, economic, political, environmental, health and cultural determinants. This, notes the report, is a trend that has particularly taken root following the 2008 world food crisis.

“Peoples’ nutrition Is not a business” explores the competing visions of nutrition, the causes of malnutrition and the policy responses, which often affect women disproportionately, both behind the scenes and in the public sphere. It uncovers pervasive corporate abuse and impunity, and puts forward recommendations for states to prevent and punish initiatives that hamper the enjoyment of the right to adequate food and nutrition.