The Impact of disasters on agriculture and food security

The report demonstrates that natural hazards impact heavily on agriculture and hamper the eradication of hunger, poverty and the achievement of sustainable development. 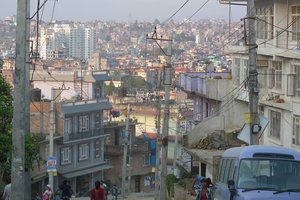 `The Impact of disasters on agriculture and food security` releaed by FAO assesses the impact of medium to large scale natural hazards and disasters on the agriculture sector and subsectors in developing countries between 2003 and 2013, focusing on direct physical damage and indirect economic losses.

The report released in November 2015 perceives that droughts, floods, storms and other disasters triggered by climate change have risen in frequency and severity over the last three decades. Thus, increasing the damage caused to the agricultural sectors of many developing countries and putting them at risk of growing food insecurity.

Focusing specifically on the impact of climate-related disasters in developing countries, some 25 percent of the negative economic impacts were borne by the crop, livestock, fisheries and forestry sectors alone. In the case of drought, over 80 percent of the damage and losses affected the agriculture sector, especially livestock and crop production.

The FAO report is based on a review of 78 on the ground post disaster needs-assessments conducted in developing countries coupled with statistical analyses of production losses, changes in trade flows and agriculture sector growth associated with 140 medium and large scale disasters - defined as those affecting at least 250,000 people.

The findings of the study are expected to support national and international efforts to reduce damage and losses caused by disasters and strengthen the resilience of the agriculture sector, in line with resilience targets set under the Sendai Framework for Disaster Risk Reduction, the Sustainable Development Goals, and the Universal Climate Change Agreement.