No country is on track to achieve the global nutrition targets established by the World Health Assembly, says the Global Nutrition Report 2015. 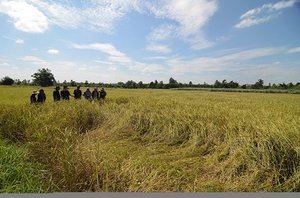 According to IFPRI’s Global Nutrition Report 2015: Actions and Accountability to Advanced Nutrition & Sustainable Development; global progress to reduce malnutrition has been slow and uneven. And despite some notable progress, nearly half of all countries face multiple serious burdens of malnutrition such as poor child growth, micronutrient deficiency, and adult overweight and obesity.

The report published in September 2015 shows that 2 billion people experience micronutrient malnutrition, 2 billion adults are overweight or obese, 800 million people are hungry, 400 million adults have Type 2 diabetes and 161 million children under age 5 are stunted.
While it is true that all countries have serious malnutrition problems, some countries are hit especially hard. In Bangladesh, the Democratic Republic of the Congo, Ethiopia, Nigeria, and Pakistan, for example, more than half of all children are growing up stunted or wasted.

The second in an annual series, the Global Nutrition Report 2015 also highlights the critical relationship between climate change and nutrition, as well as the pivotal role governments, institutions, businesses, and others whose actions affect people’s nutrition can play in advancing nutrition. It considers how countries can build food systems that are more nutrition friendly and sustainable.
The report is accompanied by extensive supplementary online data, including nutritional profiles for 193 countries, 6 regions, and 22 subregions.