According to this 2015 OECD report on fragility, as the end of the Millennium Development Goals (MDG) draws closer, there has been progress witnessed given that extreme poverty has been halved worldwide. However, the majority of fragile states and conflict-affected countries have not met the MDG targets. 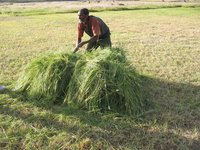 According to the `States of Fragility 2015 Meeting Post-2015 Ambitions`; addressing fragility in the new framework will be crucial if strides in reducing poverty are to be made. Whilst acknowledging the progress made by the outgoing development goal, the report is quick to note that the MDG framework did not address the challenges faced by fragile and conflict-affected countries nor the context within which the MDGs were being implemented in fragile situations. It is evident that 15 years on, fragile and conflict-affected countries have been left behind, perceives the report.

Moreover, in the run-up to the Special Summit on Sustainable Development in September 2015, the UN Secretary-General’s synthesis report puts forward justice – promoting safe and peaceful societies, and strong institutions, as one of the six essential elements for delivering the Sustainable Development Goals (SDGs) for post-2015.

Consequently, the 2015 report differs markedly from previous editions as it seeks to present a new understanding of fragility beyond fragile states. It assesses fragility as an issue of universal character that can affect all countries, not only those traditionally considered "fragile" or conflict-affected.
To do so however, it takes three indicators related to targets of SDG 16 and two from the wider SDG framework: violence, access to justice, accountable and inclusive institutions, economic inclusion and stability, and capacities to prevent and adapt to social, economic and environmental shocks and disasters. According to the report the proposed goal on justice and peace will be an important step in tackling the challenges faced in fragile environments.