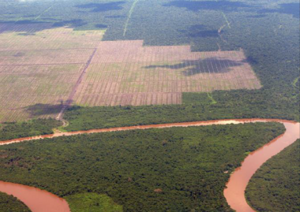 Large philanthropic foundations have become increasingly influential in international policy debates, notably in the areas of poverty eradication, sustainable development, climate change and human rights. Today, they are key actors in the strategy formation of international organisations and governments. “Philanthropic Power and Development – Who shapes the agenda?”, published by Brot für die Welt, Global Policy Forum and Misereor, looks  at the role of such foundations in development. Authors Jens Martens and Karolin Seitz focus on two of the largest ones in this area, the Rockefeller Foundation and the Bill & Melinda Gates Foundation (BMGF), concentrating on the fields of health and agriculture.

The Rockefeller Foundation, established by US oil magnate John D. Rockefeller in 1913, was highly influential in developments in global health during the first half of the twentieth century, setting up its International Health Commission in 1914, and opening regional field offices in Europe, Asia and Latin America.

It was the largest contributor to the world’s first multilateral health institution, the League of Nations Health Organization (LNHO), and later on played a key role in the activities of the World Health Organization (WHO), created in 1948. For instance, the WHO adopted the Foundation’s use of DDT in its malaria programmes. More recently, from the 1980s on, the Rockefeller Foundation initiated several product development partnerships (PDPs) bringing together international organisations, governments, the pharmaceutical industry, NGOs and other foundations to combat AIDS, tuberculosis and other diseases.

The Rockefeller Foundation was also the driving force behind the “Green Revolution”, centring on new technologies and industrial agriculture to boost agricultural productivity in the global South. And in 1971, it joined forces with the Ford Foundation, established in the USA in the 1930s, to create the Consultative Group on International Agricultural Research (CGIAR) with the support of the World Bank, the United Nations Food and Agriculture Organization (FAO) and the United Nations Development Program (UNDP). The 2006 launch of the Alliance for a Green Revolution in Africa (AGRA), focusing on building partnerships with the private sector, fostering access to markets and finance and disseminating agricultural innovations to boost efforts to combat hunger in Africa, was a joint initiative by the Rockefeller Foundation and what is now the world’s largest philanthropic foundation, the Bill and Melinda Gates Foundation (BMGF).

With an endowment of USD 42.9 billion in 2015, the Gates Foundation evolved from the combined endowments of Microsoft co-founder Bill Gates and Berkshire Hathaway owner Warren Buffet, the world’s two richest men according to Forbes Magazine. Having concentrated mostly on health and education up to 2006, the BMGF has since gradually taken over the role of the Rockefeller Foundation in the agricultural sector. However, the BMGF remains a key actor in the health sector and is the driving force behind several global health partnerships.

In the agricultural sector, CGIAR and its research centres are among the major recipients of BMGF funding, which is second only to that of the USA.
Other recipients include the UN’s World Food Programme, the FAO and the UN Committee on World Food Security. While BMGF agricultural development support chiefly targets Africa, more than 80 per cent of funding actually goes to NGOs based in Europe and the USA, and a mere four per cent to African NGOs. And 79 per cent of contributions to higher education and research has been for US and European institutions. The Foundation argues that looking only at its primary grantees does not give the full picture as many of these give sub-grants to local institutions.

The BMGF is a strong supporter of innovation and technology as a means to raise agricultural productivity. In particular, Bill Gates holds that genetically modified organisms (GMOs) can play an important role in combating hunger in Africa. AGRA, which relies heavily on funding via the BMGF and the Rockefeller Foundation, is a key promoter of biotechnological farming methods and also provides incentives for agro-business companies to develop markets for seeds and fertilisers. Furthermore, via its Policy and Advocacy Programme, AGRA has considerable influence in the formulation of African government policies.

One of AGRA’s schemes is “agro-dealer” networks. For example, the Malawi Agro-dealer Strengthening Programme (MASP) has received an AGRA grant to support small private stock companies supplying hybrid maize seeds and chemical pesticides, herbicides and fertilisers to farmers. MASP has been implemented by Cultivating New Frontiers in Agriculture (CNFA), a US-based development organisation that is also a BMGF grantee with a market-driven approach which fits in well with AGRA’s objectives and the Foundation’s agricultural development strategy. Corporate beneficiaries of the programme include Monsanto, the world’s largest seed and biotechnology company, which accounts for more than two thirds of supplies for the Malawi dealers.

Nearly half of the research and development supported by the BMGF has a GM component. In 2008, on the recommendation of the UN High-Level African Panel on Modern Biotechnology, Michigan State University (MSU), USA, established a strategic partnership with the African Biosafety Network of Expertise (ABNE), an initiative of the New Economic Partnership for African Development (NEPAD). In 2009, the Foundation provided MSU with a grant to create a centre in Africa offering training, education and technical support for officials to make informed decisions on the use of biotechnology that would protect farmers, consumers and the environment. In 2012, the network revised some of the articles concerning liability in Mozambique’s biosafety law. Two years later, the country’s Council of Ministers approved a revised biosafety decree. Field trials with GM crops are to commence this year.

The authors of the new publication are wary of the influence that huge philanthropic foundations like the BMFG have on agenda setting and funding priorities of international organisations and governments and criticise the lack of transparency and accountability mechanisms in their operations. They recommend that governments, international organisations and civil society organisations carefully differentiate among foundations in the philanthropic sector and assess the growing influence that large global foundations have on global development. Side-effects of their support should be fully analysed.