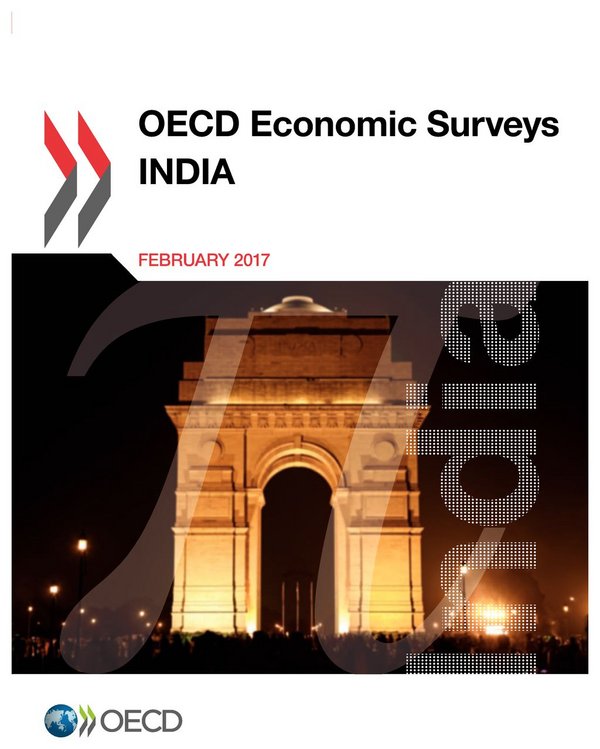 The Indian economy is expanding at a fast pace, boosting living standards and reducing poverty nationwide. But there is still a large inequality of living standards between rural and urban areas, and the rural areas are lagging behind.

The latest OECD Economic Survey of India published in February 2017 finds that the acceleration of structural reforms and the move toward a rule-based macro-economic policy framework are sustaining the country’s longstanding rapid economic expansion.

The implementation of the landmark GST (Goods and Services Tax) reform will contribute to mak-ing India a more integrated market. By reducing tax cascading, it will boost competitiveness, in-vestment and job creation. The GST reform - designed to be initially revenue-neutral - should be complemented by a reform of income and property taxes, the Survey said.

The Survey points out the need to make income and property taxes more growth-friendly and re-distributive. A comprehensive tax reform could help raise revenue to finance much-needed social and physical infrastructure, promote corporate investment, enable more effective redistribution and strengthen the ability of states and municipalities to better respond to local needs, according to the Survey.

Rural poverty in India is pervasive

The OECD points out that achieving strong and balanced regional development will also be key to promoting inclusive growth. Inequality in income and in access to core public services between states and between rural and urban areas is currently large across India, while rural poverty is pervasive. Continuing efforts to improve universal access to core public services is essential.

Recent changes in India’s federalism model have given states more freedom and incentives to modernise regulations and tailor public policies to local circumstances. Ranking states on the ease of doing business is opening a new era of structural reforms at the state level and will help un-leash India’s growth potential.

Further benchmarking among states and strengthening the sharing of best practices, particularly on labour regulations and land laws, could add to the reform momentum.

Raising living standards in poorer states will require increasing productivity in the agricultural sector. With employment expected to gradually shift away from the agricultural sector, urbanisa-tion will gather pace. Thus, better urban infrastructure will be needed to fully exploit cities’ poten-tial for job creation, productivity gains and for improving the quality of life.

Overview of the Economic Survey