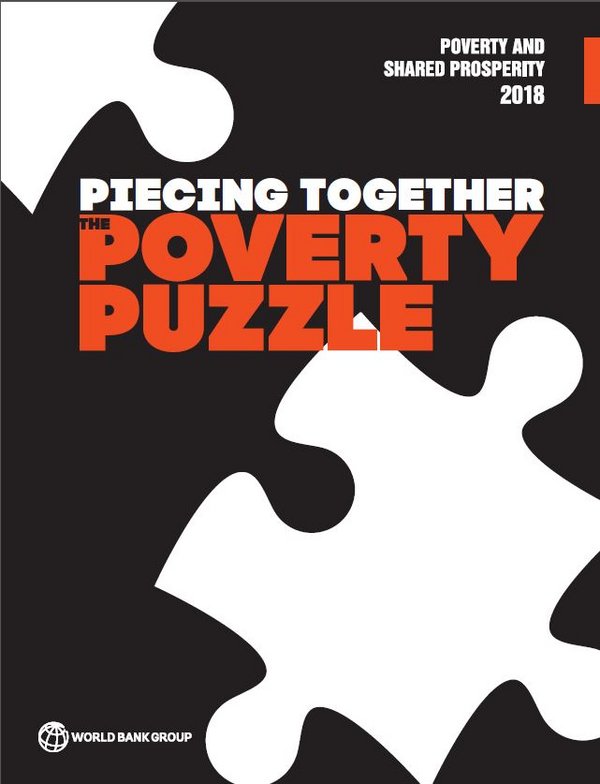 Nearly half the world lives on less than USD 5.50 a day

In 1990 the global poverty rate was at 36 per cent. Economic advances around the world mean that while fewer people live in extreme poverty, almost half the world’s population — 3.4 billion people — still struggles to meet basic needs, the World Bank said.

The World Bank remains committed to achieving the goal of ending extreme poverty, defined as living on less than USD 1.90 a day, by 2030. The share of the world’s population living in extreme poverty fell to 10 per cent in 2015, but the pace of extreme poverty reduction has slowed, the Bank warned.

However, given that economic growth means that a much greater proportion of the world’s poor now live in wealthier countries, additional poverty lines and a broader understanding of poverty are crucial to fully fighting it, the report says.

New standards for a growing world

Half of the countries for which the World Bank monitors poverty have now reduced extreme poverty to below 3 per cent but that does not mean poverty is non-existent in these countries. While rates of extreme poverty have declined substantially, falling from 36 per cent in 1990, the report’s expanded examination of the nature of poverty demonstrates the magnitude of the challenge in eradicating it.

Being poor is relative. In a poor country one may only need clothing and food to perform work, whereas in a richer society, one may also need access to internet, a phone and a vehicle. In 2015, about 2.1 billion people were poor relative to their societies.

Measuring poverty at household level does not account for the inequality within households. To build a true picture of poverty, we need to consider how resources are shared within families, the report says. Women and children are disproportionately affected.

The report also goes beyond monetary measures of poverty to understand how access to adequate water and sanitation, education, or electricity affect a family’s well-being. And since the burdens of poverty often fall most heavily on women and children, the report analyses how poverty can vary within a household.

The report finds that the incomes of the poorest 40 per cent grew in 70 of the 91 economies monitored. In more than half of the economies, their incomes grew faster than the average, meaning they were getting a bigger share of the economic pie.

However, progress in sharing prosperity lagged in some regions of the world. The report also warns that data needed to assess shared prosperity is weakest in the very countries that most need it to improve. Only one in four low-income countries and four of the 35 recognised fragile and conflict-affected states have data on shared prosperity data over time.

According to the World Bank, the new measures allow to better monitor poverty in all countries, in multiple aspects of life, and for all individuals in every household.