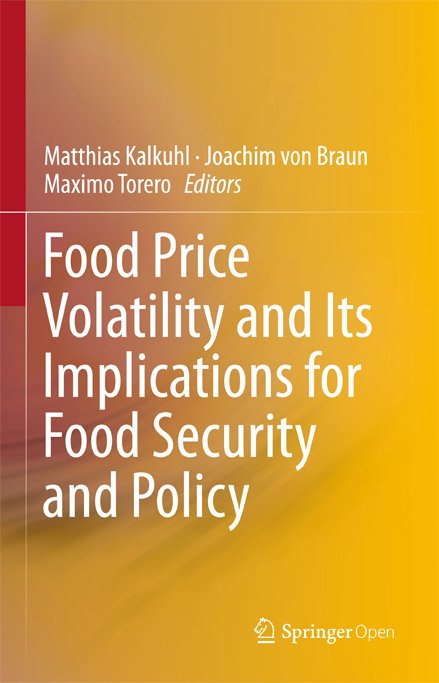 A new publication takes a look at the role that food price volatility plays in the context of food and nutrition security and discusses relevant action.

Although the level of hunger has fallen by 29 per cent since 2000 according to the Global Hunger Index 2016, roughly 800 million people continue to suffer from undernutrition and micro-nutrient deficiencies. Since the onset of the 2007 financial crisis, global agricultural markets have seen considerable price swings, causing concern over the stability and reliability of the global food system. Oxfam International and other NGOs have long been campaigning for tougher rules to curb speculation on food, and in January 2014, the European Union agreed to introduce relevant measures. The Markets in Financial Instruments Directive II, designed to help curb speculation and prevent “the disastrous impacts it can have on the world’s poorest populations”, received parliamentary approval in mid-February. However, NGOs call it a paper tiger. “This regulation will not stop speculating on food,” says Oxfam’s Marita Wiggerthale.

The Center for Development Research (ZEF), based in Bonn, Germany, and the International Food Policy Research Institute (IFPRI) have conducted five years of intensive collaborative research focusing on the stability dimension of food security, the causes and consequences of extreme events in food markets and what can be done to counter them. The results of this work are presented in the new publication “Food Price Volatility and Its Implications for Food Security and Policy”.

The book’s authors, Matthias Kalkuhl, a Professor on Climate Change, Development and Growth at the University of Potsdam, ZEF Director Joachim von Braun, who is also a Professor of Economics at the University of Bonn, and Maximo Torero, Executive Director for Southern Latin American Countries – EDS08 at the World Bank, discuss the causes of food price volatility and its impacts on food security. Together with their team of co-authors, they look at the drivers and consequences of instabilities in the food market, but also at the role of policy in reducing volatility and coping with extreme price spikes.

Food markets are influenced by complex interlinkages and interactions between a range of actors and economic sectors alongside the basic supply and demand relationship. Stronger links between the food, feed, financial and energy markets have contributed to rising and volatile food prices. The food value chain involves not only the farmers themselves but also input suppliers as well as processors of agricultural produce. Finally, governments and other institutions can intervene in markets e.g. by imposing export restrictions and selling or buying grain. Ultimately, it is the poor and vulnerable sections of the population in developing countries who are mostly affected by periods of excessive price volatility.

Drivers of food price volatility include extreme weather events, speculation and oil price shocks, but also factors such as a lack of information or export bans. The authors identify climate change as another key causal factor. Food price volatility impacts on society, the economy and government in various ways. For instance, the global food crisis of 2007/08 was accompanied by a large number of food riots in Africa. Governments seeking to cope with volatility may resort to measures resulting in a misallocation of resources. And international price volatility can also affect domestic markets, where millions of poor people may then be exposed to shocks. Further issues discussed in the book include biofuel, energy prices and technological change.

The authors call for measures to curb excessive speculation. They also explore the potential of regional grain storage systems and propose further systems to enhance transparency of commodity markets along the lines of the Agricultural Market Information System (AMIS), established as a G20 initiative in 2010. In particular, they point to the need for a global institutional architecture for food and nutrition security. A global governance body ought to be in place to address current trends and also to ensure that uncertainties and opportunities in the future can be recognised.

The book is conceived as a contribution to the on-going political agenda of the international community to reduce hunger and enhance food and nutrition security. The research was funded by the German Federal Ministry for Economic Cooperation and Development.