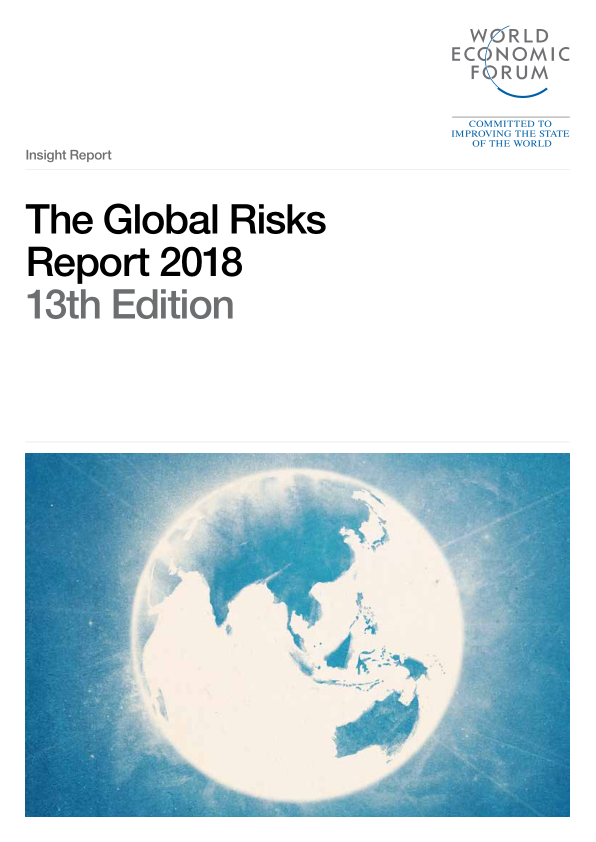 Environmental risks are highest ranked in this year’s Global Risks Report. Other high-ranked risks are cyber-attacks and the possibility of a water crisis.

The Global Risks Report 2018 was published by the World Economic Forum in January 2018. The annual report shares the perspectives of global experts and decision-makers on the most significant risks that face the world. It cautions that we are struggling to keep up with the accelerating pace of change.

The report highlights numerous areas where systems are pushed to the brink, from extinction-level rates of biodiversity loss to mounting concerns about the possibility of new wars.

As in 2017, the environment was by far the greatest concern raised by experts. Among the 30 global risks the experts were asked to prioritise in terms of likelihood and impact, all five environmental risks – extreme weather; biodiversity loss and ecosystem collapse; major natural disasters; man-made environmental disasters; and failure of climate-change mitigation and adaptation – were ranked highly on both dimensions. Extreme weather events were seen as the single most prominent risk.

The growing complexity and interconnectedness of our global systems can lead to feedback loops, threshold effects and cascading disruptions, according to the authors. Sudden and dramatic
breakdowns – future shocks – become more likely.

Ten short “what-if” scenarios are shown in this year’s Global Risks Report - not as predictions but as food for thought to encourage world leaders to assess the potential future shocks that might rapidly and radically disrupt their worlds, the authors said. These include the scenario of Grim reaping: Simultaneous breadbasket failures threaten sufficiency of global food supply.