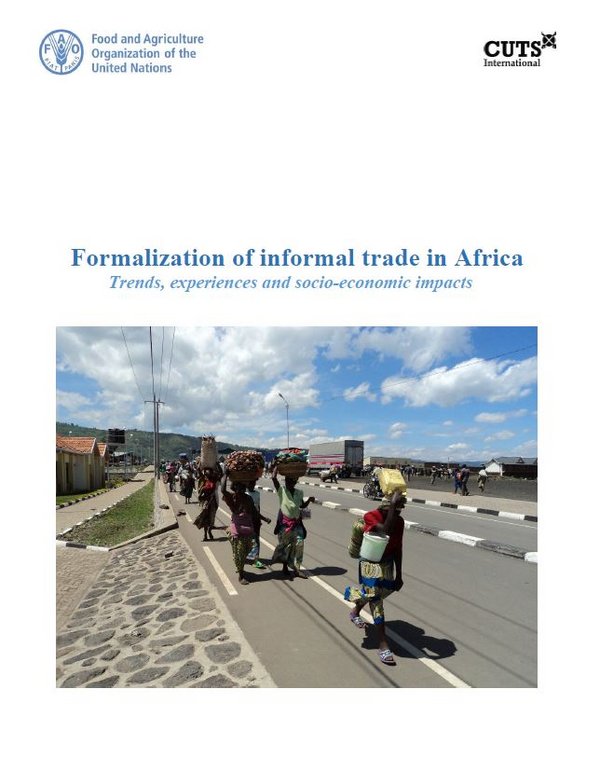 Formalization of informal trade in Africa

Africa's vast but informal cross-border trade can contribute to improving livelihoods and increasing regional integration across the continent, according the report Formalization of informal trade in Africa published by the Food and Agriculture Organization of the United Nations (FAO) in May 2017.

Informal cross-border trading, in which transactions are not compliant with local tax and other rules, accounts for a large share - between 20 and 70 per cent - of employment in sub-Saharan Africa, and putting it on a regular footing can lift sustainable prosperity and markedly improve prospects for women, says the report.

Around half of all intra-African cross-border trade is classified as informal, indicating its large if officially invisible role. Proactive policies that recognise such activity, tapping its potential with the aim of steering it towards proper regulatory status, are to be preferred over heavy-handed approaches to eradicate or seek rents from entrepreneurs, according to FAO.

Informal cross-border trade activity is largely a second-choice option taken by people in the absence of clearly defined formal alternatives. It consists of trade in goods and services, often agricultural in nature, and in times of food crises and other shocks has proven to be more responsible than legal channels.
Off-the-radar economic activity, not all of it involving international trade, accounts for around 40 per cent of GDP in Africa, higher than in Latin America or Asia.

The trade is rarely illegal. In most cases it is informal because practitioners have poor access to all the appropriate business licenses, administrative skills and knowledge of import and custom-tax laws to act otherwise. While such activity is an important source of household income, practitioners are often prey to corruption and their weak access to credit means their activities are rarely stable or sustainable.

Women constitute the largest share of such informal traders, comprising more than half in Western and Central Africa and about 70 percent in Southern Africa, the FAO report found.

Read the report Formalization of informal trade in Africa