Fit for whose purpose? 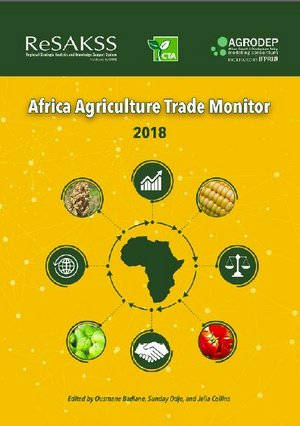 While the scale of global problems such as climate change, health and natural disaster emergencies or escalating inequalities has grown, the United Nations is increasingly facing a lack of funding to tackle them. Funding of all UN-related activities amounts to around USD 40 billion a year, a sum that is in fact smaller than the budget of New York City, USA, which hosts the organisation’s headquarters, and seems insignificant next to the trillions of dollars the World Bank is calling for to finance the new Sustainable Development Goals. Coupled with lacking resources is the aspect of where these resources come from and how funding can influence UN policy priorities. The authors of the Global Policy Forum publication “Fit for whose purpose?”, Barbara Adams and Jens Martens, warn that in a bid to boost its resources, the UN is increasingly opting for corporate-led solutions to global problems.

The UN has two chief sources of funding. Assessed contributions, constituting around 40 per cent of funding, comprise the money that each member state government has to pay as part of their membership duties. Voluntary contributions account for about 60 per cent of funding and come from governments as well as non-government sources. More and more of this money is earmarked for activities of single donors or groups of donors, leaving only a small proportion for core UN activities.

The authors argue that this is turning UN agencies, funds and programmes into contractors for bilateral or public-private projects. They claim that a growing amount of money is flowing into initiatives benefiting from being linked to the UN whereas the organisation’s core activities are increasingly lacking financial support. And they warn that new trends in funding practice can jeopardise the UN system’s multilateral character, undermine coherence and distort governance practice, replacing its value-based framework centred on human rights and sustainable development with a voluntary one based on corporate strategies and goals.

One of the examples given in the booklet of developments in UN funding is the World Health Organization (WHO), founded in 1948 as the “directing and coordinating authority on international health work”. Up to 1998, half of this UN agency’s funding was provided as assessed contributions and was spent on what its membership regarded as top priorities. But by 2014, assessed contributions had dwindled to less than a quarter of its budget, and 77 per cent of its 2014–2015 budget totalling USD 3,977 billion was in voluntary contributions.

Funding shortages in the wake of the 2008–2009 global financial crisis prompted WHO to lay off staff, including around a third of its emergency health experts. The organisation’s growing focus on non-communicable diseases (NCDs) brought about drastic shifts in its programme budget, with more money being made available for NCDs funding and funding slashed for communicable diseases and outbreak and crisis response. The combined effect of these two factors already left the organisation in a poor state to address the Ebola crisis. But with a large share of their voluntary contributions tied up in specified funding, it was unable to raise sufficient funds via the UN Member States to contain the disease quickly enough.

A string of major pharmaceutical companies such as Glaxo-Smith-Klein, Bayer and Pfizer have become donors to WHO. WHO was advised to declare the 2009–2010 swine-flu outbreak a pandemic by experts with ties to these companies, which in turn benefited from new vaccine contracts with governments.
The largest private donor to WHO, and second only to the USA as a voluntary contributor, is the Bill and Melinda Gates Foundation (BMGF). The BMGF favours technical solutions with quick, measurable and visible outcomes, such as the development of new vaccines or mosquito nets to combat malaria. Investing in public health systems is regarded by Bill Gates as “a complete waste of money”.

Concern has, however, been expressed that BMGF funding of methods and initiatives could be skewing the health agenda in ways that bypass alternatives and broader issues. Arata Kochi, former head of WHO’s malaria programme, complained that the BMGF was dominating research in malaria and risked eclipsing other views in the scientific community. David McCoy, a scholar of Medicine at University College London, UK, stated that the BMFG’s concentrating funding on individual diseases could result in governments neglecting important health infrastructures as well as the need to address major underlying issues such as malnutrition (the booklet takes up BMGF involvement in this field in another chapter).

WHO Director General Margaret Chan states that the organisation’s highly earmarked budget is “driven by what I call donor interests”, and notes that going against the business interests of powerful economic operators is one of the biggest challenges facing health promotion. “Few governments prioritise health over big business,” Chan says. “This is not the failure of individual willpower. This is the failure of political will to take on big business.”

“Fit for whose purpose?” ends with recommendations on how to make the United Nations fit for the purpose of democratic and inclusive global governance. It advocates measures such as limiting earmarked funding as a percentage of total funding, strengthening the rules and tools governing engagement with the business sector and establishing an intergovernmental framework for partnership accountability. Above all, the authors point to the need to reconsider the current mainstream approach in UN funding based on voluntary governance and what they refer to as “an uneasy partnership among diverse ‘stakeholders’”. They maintain that the current discourse blurs the distinction between the interests of governments, UN agencies and those of corporations. “Member States,” the authors conclude, “must require the United Nations to be a leader in the establishment of democratic global governance, not a victim or reflection of governance failures.”