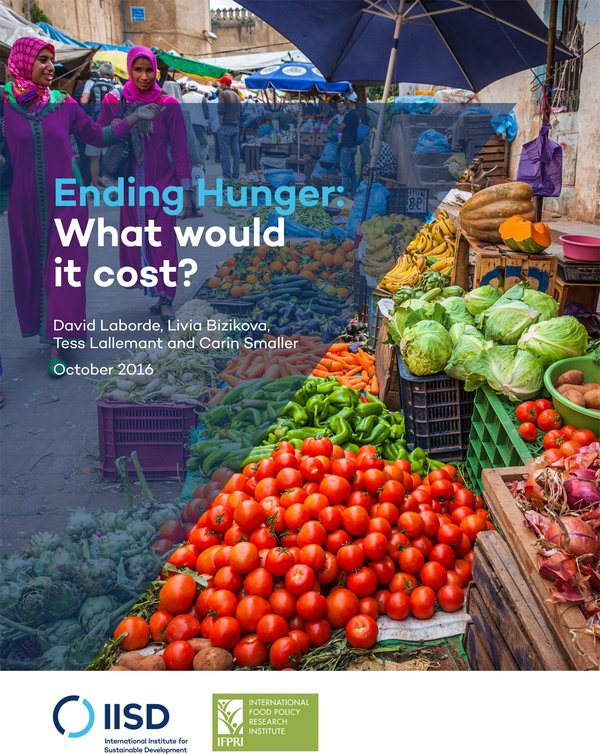 Ending hunger: what would it cost?

What would it cost to end hunger, and what are the contributions that donors need to make? These issues have been examined by the International Institute for Sustainable Development and the International Food Policy Research Institute.

The world has committed to ending hunger by 2030. Meeting that goal would mark a monumental turning point in human history. The International Institute for Sustainable Development (IISD) and the International Food Policy Research Institute (IFPRI) have examined what it would cost to achieve this goal. The authors consider that a country has achieved it when less than 5 per cent of the population are suffering hunger.

The analysis focused on the cost of ending hunger through increased spending on social safety nets directly targeting consumers, farm support to expand production and increase poor farmers’ income, and rural development that reduces inefficiencies along the value chain and enhances rural productivity. According to the authors, the research marks the first time that a multi-country macroeconomic model has been combined with household surveys.

The authors arrive at the conclusion that with improved targeting, the goal is both achievable and affordable. They have found that it will cost on average an extra 11 billion US dollars (USD) per year of public spending from now to 2030 to end hunger. USD 4 billion of the additional spending needs to come from donors. The remaining USD 7 billion will have to be contributed by poor countries themselves. Importantly, this public spending will generate on average an additional USD 5 billion of private investment per year until 2030, the survey results show.

Download briefing note Ending hunger: what would it cost?