The agricultural sector in Africa is perceived to remain one of the most important economically; as the sector accounts for around 25 per cent of Africa‘s GDP. However, productivity and yields in sub-Saharan Africa are amongst the lowest in the world, says report. 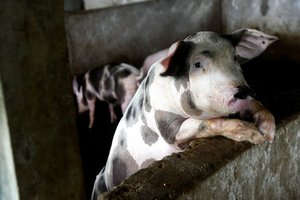 According to the `Economic Empowerment of African Women through Equitable Participation in Agricultural Value Chains‘ report; in order to effectively transform the agricultural sector in Africa, the economic empowerment of women through boosting their productivity and raising their participation in commercial and higher value-add activities in agriculture is central.

Four sub-sectors were selected for analysis in this study: cocoa, coffee, cotton, and cassava. The first three were selected based on their economic significance for the region, due to their current export value and future potential. The fourth sub-sector, cassava, was selected due to its high production value and contribution to regional food security.

For each sub-sector and focus country, the authors take a closer look at global competitiveness and constraints, the role of women;  the constraints women face and the opportunities to increase women’s income and participation.

In order to better illustrate the role of women in each sub-sector, the report focuses on Africa’s largest producers.