Agriculture is one of the main sectors of the economy that could be severely affected by an El Niño event, warns FAO report. 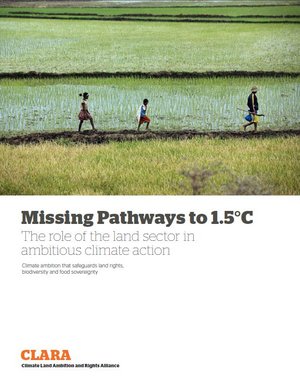 ‘’Understanding the drought impact of El Niño on the global agricultural areas’’, a publication by the Food and Agriculture Organization (FAO), perceives that disasters such as El Niño create poverty traps that increase the prevalence of food insecurity and malnutrition.

According to the report, during El Niño episodes the normal patterns of tropical precipitation and atmospheric circulation become disrupted, triggering extreme climate events around the globe such as droughts and floods, and affecting the intensity and frequency of hurricanes.

FAO, through its several specialised units, thus monitors the evolution of hazards and provides early indications and warnings on possible impacts on agriculture and food security. The early warning provided by climate scientists each year enables governments throughout the region to discuss and implement El Niño-related contingency plans.

This report describes the impact that El Niño has had on major crop production areas, focusing on cereals.
To assess the impact of drought, the FAO Agricultural Stress Index System (ASIS) is used as an indicator. ASIS is based on remote sensing data that highlights anomalous vegetation growth and potential drought conditions in arable land during a given cropping season.

While the main threat to crops is drought, El Niño could produce other climatic impacts including flash floods or intense hurricanes that could influence the crop season, disrupting agricultural activities and damaging crops. ASIS cannot assess the negative impact of flash floods or hurricanes, but only the positive ones, if any, due to the increase of water availability after intense rains.