There is need to strengthen the role of genetic resources and help farmers, fishers and foresters cope with climate change says FAO’s new book. 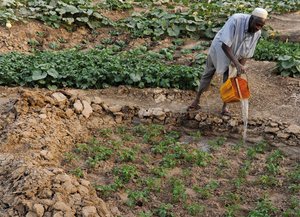 Genetic resources have a critical role to play in feeding the world — especially as climate change advances faster than expected — and much more needs to be done to study, preserve and utilise the biological diversity that underpins world food production, according to a new book “Coping with climate change: the roles of genetic resources for food and agriculture, published by the Food and Agriculture Organization – FAO.

The book argues that with millions of people whose livelihoods and food security depend on farming, aquaculture, fishing, forestry and livestock are likely to face unprecedented climatic conditions." Needed are therefore crops, livestock, forest trees and aquatic organisms capable of surviving and producing in a changing climate.

The authors point out that the ability of plants and animals raised by farmers to withstand volatile conditions and adapt when the environment changes is a direct result of their genetic diversity, but stronger efforts to study and use this diversity as a coping mechanism -  and policies to support that -   are required.

Moreover, building our knowledge of genetic resources for food and agriculture ; where they are found, what characteristics they have (e.g. resistance to drought or disease) and how they can best be managed is also critical, the book says.

In particular, improving knowledge, conservation and use of crop wild relatives is important.  They are likely to have genetic traits that can be used to develop well-adapted crops for use in climate change-affected food systems.