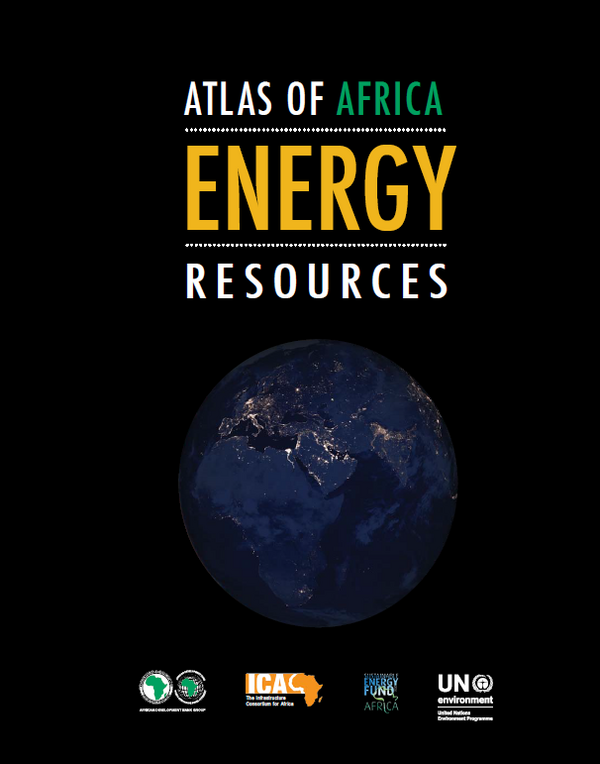 Energy production in Africa is unable to meet the demand of the African population. Nevertheless, there are huge energy resources on the African continent that could be discovered to enhance the energy supply. This Atlas shows the potential and the fragility of the continent’s energy resources and provides information from 54 countries.

Energy consumption in Africa is the lowest in the world, and per capita consumption has barely changed since 2000 shows the Atlas of Africa Energy Resources released in May 2017 by UN Environment and the African Development Bank. Prepared in cooperation with the Environment Pulse Institute, United States Geological Survey and George Mason University, the Atlas consolidates the information on the energy landscape in Africa.

Current energy production in Africa is insufficient to meet demand, while more women than men suffer from energy poverty. About a third of the total African population still lacks access to electricity and 53 per cent of the population depends on biomass for cooking, space heating and drying. With current trends, it will take Africa until 2080 to achieve full access to electricity.

Indoor pollution from biomass cooking - a task usually carried out by women - will soon kill more people than malaria and HIV/AIDS combined, according to the authors. Nearly 60 per cent of refrigerators used in health clinics in Africa have unreliable electricity, compromising the safe storage of vaccines and medicines; half of vaccines are ruined due to lack of refrigeration.

Of all energy sources, Africa consumes most oil (42 per cent of its total energy consumption)
followed by gas (28 per cent), coal (22 per cent), hydro (6 per cent), renewable energy (1 per
cent) and nuclear (1 per cent). South Africa is the world’s seventh largest coal producer and accounts for 94 per cent of Africa’s coal production.

The Atlas shows both the potential and the fragility of the continent’s energy resources which are at
the heart of Africa’s socio-economic development. It highlights some success stories of sustainable
energy development around the continent, but it also puts the spotlight on major environmental
challenges associated with energy infrastructure development.

This publication provides information in the form of detailed ‘before and after’ images, charts, maps and other satellite data from 54 countries through visuals detailing the challenges and opportunities in
providing Africa’s population with access to reliable, affordable and modern energy services.