Regional integration is important to boost agricultural growth in West Africa, says a report published by AfDB, FAO and ECOWAS. The report also finds that more attention needs to be placed on the downstream segment of the agrifood system. 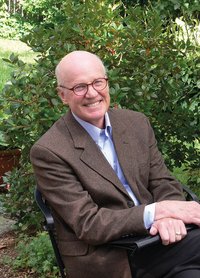 West Africa has unprecedented opportunities for agricultural growth, but making the most of them will require more effective regional integration says the report "Agricultural Growth in West Africa: Market and Policy Drivers" (AGWA). It was published by the African Development Bank (AfDB), the Food and Agriculture Organization of the United Nations (FAO) and the Economic Community of West African States (ECOWAS) in July 2015.

To be competitive with large global actors, West African agriculture needs to capture some of the economies of scale that those countries enjoy in the markets for fertilisers and seeds as well as in agricultural research and technology development, adds the report.
A growing proportion of the West African population is made up of net food buyers who spend large shares of their incomes on food. The only way to ensure these consumers' access to low-priced food while simultaneously enhancing producers' incomes is through raising productivity and efficiency throughout the agrifood system. Achieving these gains in efficiency and productivity requires a more stable and predictable policy environment, refocussing of public investments on the critical building blocks for sustainable long-term growth, and stepping up implementation capacity.

The report stresses that while increasing agricultural yields is essential, more attention needs to be placed on the downstream segment of the agrifood system: assembly, storage, processing, wholesaling and retail.
Broad efforts to upgrade small and medium enterprises in food processing should be a policy priority, along with strengthening the linkages between market-oriented family farms and their organisations with agribusiness of all sizes to enhance access to markets, inputs and support services. Special attention should be placed in supporting women entrepreneurs, who play a key role in the agrifood system from farming through retail, and to youth.
As the post-harvest segments of the agrifood system grow ever-more important, addressing the varied demands on the system will require going beyond the traditional mandates of Ministries of Agriculture to focus on interconnections among issues as diverse as research, transport investments, trade policies, and nutrition education. The report contains in-depth analysis highlighting these interconnections.

Based on a detailed analysis of the drivers and trends shaping the development of West Africa's agrifood system and the system's response so far, the study identifies key implications for policies and agricultural investments. These findings could help inform the deliberations on and new orientations of "ECOWAP-10", ECOWAS' forthcoming update to the current West African agriculture policy, ECOWAP/CAADP.

Improving the mix of public investments in agriculture in the region is as important as increasing their level, the report finds. It encourages governments to shift spending towards public goods such as roads, reliable electricity supply, research and schooling rather than towards subsidising private goods such as fertiliser and tractors.